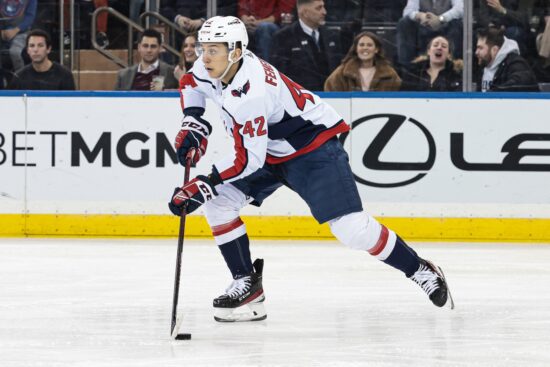 If you’re looking for the latest Flames vs Capitals prediction and odds, then look no further than Vegas Odds.

The Washington Capitals and Calgary Flames will both be looking to build some momentum in the NHL, and they will have the perfect opportunity when they clash on Friday. But, will it be the Flames or Capitals that are able to register the win?

Washington has been beaten on six occasions in regulation during that run, and that sees them sit second bottom in the Metropolitan Division. Regardless, confidence would have been taken from their previous outing, as they edged past the Philadelphia Flyers after overtime. Goals in that success for the Capitals were recorded by Alexander Ovechkin, Marcus Johansson, and Sonny Milano.

It has been a similar story of late for the Calgary Flames, as they have been unable to build on a solid opening couple of weeks. The Flames have gone 4-3-3 over their previous ten games, and they have now allowed 62 goals in the NHL. Meanwhile, only the Anaheim Ducks have scored fewer goals in the Pacific Division this term.

In their previous fixture, the Flames were beaten for the third time in ten in overtime, as they lost a shootout against the Pittsburgh Penguins. Both sides scored just once in regulation, with the Calgary goal being netted by Dillon Dube.

This could easily be a game that swings either way. However, the shortcomings of the Flames in front of goal could be the decisive factor. Therefore, I like the chances of the Capitals recording a second straight win in the NHL.