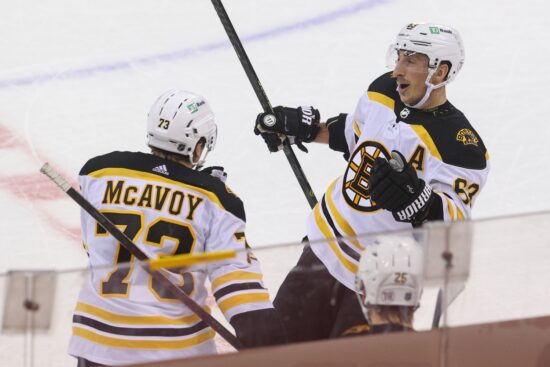 A red hot Flyers team will go on the road Thursday against a struggling Bruins squad trying to find its footing early on in the season. Despite their struggles, the Bruins are still considered one of the Stanley Cup favorites this year among the many tough teams in the Eastern Conference.

The Flyers are coming off a 3-0 shutout win over the Sabres while the Bruins were shutout themselves on the road against the Islanders losing 0-1. We will see which team can put their last game behind them and focus on Thursday night.

Flyers Putting Pucks in the Net

At 3-1 on the year so far, Philly has looked great to start out the year. Aside from their (what I am calling a fluke) 1-6 loss to the Sabres, this team has scored at least three goals in all the rest of their games. Right Wing Travis Konecny has been doing the majority of the heavy lifting for this team filling up the stat sheet with six points so far on four goals and two assists.

However what is even more impressive is the face that the Flyers are off to this great start with a banged up squad as well. With five guys on their injury report and Center Sean Couturier and Forward Tanner Laczynski already listed out for this game, it will take more than Konecny to grab a win on the road for Philly.

Bruins Struggling to Find the Net

Boston has yet to score over three goals on the year and have only reached the three goal benchmark once on the season. However all of their games have been low-scoring affairs with the goal totals only reaching a high of five. What’s more worrisome for this team is the fact that their goal total has been going down each game since their first win over the Devils. Normally this drought could be corrected with a matchup against a bad team, but with the NHL deciding each team only plays within their division this season, they won’t face much easier opponents.

One of the reasons why this team is struggling to score goals is because of the lack of performance from a variety of their counterparts. Center Brad Marchand has been doing everything for the Bruins by leading them in goals and assists and as a result points. To make matters worse they have only 2 goals at even strength so far proving that they need an opponent to make a mistake first in order for them to actually maintain a lead.

The Flyers will be two men down in this one but I still like them to win a close game. The Bruins have scored four goals total on the season and this Philly defense will be the best they have played yet. If the Flyers keep themselves out of the penalty box and force the Bruins to play 5 on 5 hockey, there is no reason they grab a lead and hold onto it.