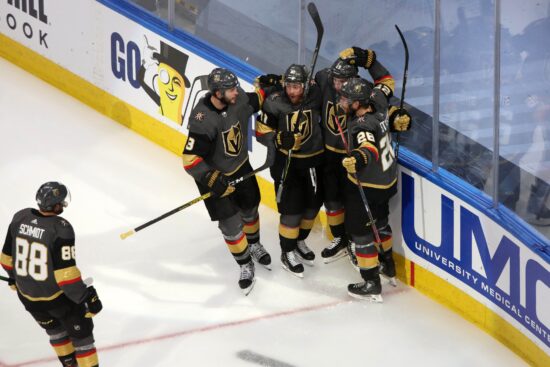 This is going to be the third straight Golden Knights vs Coyotes game. As staff writers from Vegas Odds correctly predicted, both of their previous meetings saw the Vegas Golden Knights winning. Oddsmakers expect them to win the one on Friday evening as well.

If they do it, it’s going to be their sixth straight win in Golden Knights vs Coyotes matchups. The last time Arizona won was back in October 2019. Of course, this doesn’t mean the Coyotes are a bad team. They just haven’t been playing as well as Vegas. Maybe it’s time for them to change it?

The Coyotes started the 2021 NHL season pretty well. They did lose the season opener to the San Diego Sharks in the overtime but bounced back with a win over the same opponent in their second meeting. Then, the Golden Knights vs Coyotes matchups came.

In their first game, Vegas won 4-2; in the second game, the Nevada team won by 5-2. And they definitely deserved those wins – the Las Vegas Golden Knights dominated both of those games. It’s up to the Coyotes to switch to the next gear, especially when the defense is concerned.

With 16 goals conceded in four games, they’re the worst team in the West Division when defending is concerned. In comparison, the Golden Knights have conceded only 7 goals so far.

The Vegas Golden Knights started their journey only in 2017 when they were added to the NHL as an expansion team. However, despite being a new franchise, this team has already achieved a lot. In fact, in their first season, they reached the Stanley Cup Finals.

They didn’t win it then, but in 2021, oddsmakers think they’re one of the top candidates. Actually, most sportsbooks are giving +850 on the Golden Knights to win the Stanley Cup. The only team with shorter NHL odds is the Colorado Avalanche with +700.

In comparison, the odds on the Arizona Coyotes are as long as +8000. This, of course, doesn’t mean that this team cannot get a decent number of wins in the regular season.

Thanks to the two wins in the Golden Knights vs Coyotes series, Vegas has nothing to prove to anyone anymore. They dominated both of those games, getting a pretty good result on both occasions. As a result, their boss Peter DeBoer has the luxury to experiment in the next game. He might decide to give some less experienced players a chance in this game.

If it happens, the job of winning the game is not going to be as easy as before. However, Vegas definitely needs to be thought of as the favorite in this game.