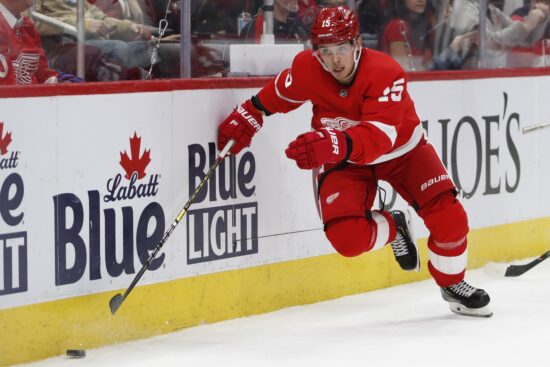 Both these teams come into the 2021 regular season with disappointing endings. For the Red Wings, their season was over before it began as they were losers of sometimes four in a row on multiple occasions on their schedule to where needless to say they did not make it for the round robin playoff qualifiers.

However the Carolina Hurricanes are trying to build on their recent success of qualifying for the playoffs in back to back seasons now despite losing to the Bruins in five games in the first round of last year’s playoffs. Both teams will meet Thursday with Detroit playing hosts and the puck dropping at 10:30pm ET.

The name of the game for this team the past two seasons has been the emergence of their forwards Sebastian Aho and Andrei Svechnikov. These two were number one and two for goals scored on the team last year with 62 combined and 127 combined points as well.

The trouble for this team will be finding other options to help them out as aside from Teuvo Teravainen, the next highest point total drops down to 40. Finding more scoring options will be more imperative than ever considering coronavirus could knock out some team’s starters down the stretch with little to no offense left afterwards.

As one of the original NHL teams that were created during the league’s origins, you would expect to have a team like this not need any rebuilding years and act more as a dynasty. However, Detroit is still coming into rebuilding mode entering this season as they finished with the leagues worst record last year and were at least 20 points behind the next closest team.

The problem stems from just no playmakers to jumpstart the team. Only five players on the roster coming into this season had double figure goal tallies while Dylan Larkin single-handedly put the team on his back some games with 53 points and 34 assists.

The trouble is the fact that this is still a young team due to the rebuilding mode they find themselves in, as players like Filip Zadina need to step up. Zadina was the sixth overall pick just two seasons ago in the 2018 draft but was -13 in the plus minus and only put up 15 points.

This kind of play does not give many reasons for optimism moving forward as it looks like the Red Wings consist of brand new players acquired through trades or agent signings, one solid player and a bunch of young guys. Good luck getting cohesive.

If it wasn’t clear, the Hurricanes should be the winners in this one. They are way farther along in their journey than Detroit and should be back in the playoffs this year. They still have some things to figure out in the long run of other people to step up and score goals, but at least they know where their offense will come from in the meantime; the same can’t be said for the Red Wings.