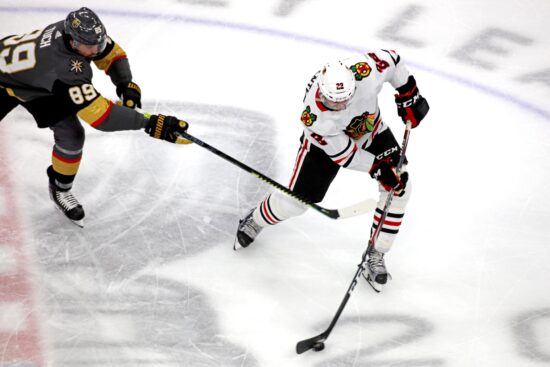 The Stanley Cup champions will be back in action at the start of the season, as they welcome the Blackhawks to Amalie Arena. Tampa Bay Lightning will be hoping to become only the second side in the past ten years to successfully defend their title.

The Tampa Bay Lightning confidence will be high coming into the new season, as they are the defending Stanley Cup champions. This season will be one of the most unusual in recent seasons with sweeping changes made to the schedule.

They are already seen by the majority of sportsbooks as the team to beat in the Central Division. The 2019-20 season was a memorable one for the Lightning, as they won just their second Stanley Cup in franchise history.

Repeating that glory looks to be a difficult challenge, but there is no doubt that Jon Cooper will have his team ready for the season ahead. Their most important player this season will be Nikita Kucherov, who led the Lightning for goals, assists and points last season.

The Russian scored a total of 85 points last term, which included 33 goals and 52 assists. It wasn’t an off-season full of much change for the Lightning, as they managed to keep the vast majority of players that won the Stanley Cup last season.

Braydon Point and Steven Stamkos leading the offence. Point scored 14 goals and made 19 assists in the post-season last year, while Stamkos was forced to miss out a huge portion of the playoffs and recorded just one goal in the one game that he played. It will be difficult to discount the Lightning this season, but it will be a tougher ask for them to regain their title.

Blackhawks Have Huge Challenge Ahead Of Them

The Blackhawks are seen by many as an outside bet to even achieve a playoff spot this season. They defied many people’s expectations to reach the playoffs for the first time in six years last term, but they were soundly beaten in the opening round by the Vegas Golden Knights. Patrick Kane has long been the player that the Hawks have called upon when they need a player to stand up and be counted, and that was very much the case last season.

He led the team in terms of goals, assists and points, and he will be expected to do the same once again this season. Kane has been a consistent scored for the Blackhawks throughout his career, with his lowest scoring season seeing him return 23 goals in 2012-13. Regular point scorers beyond Kane were difficult to come by last season, as the next highest scorer was Jonathan Toews, who managed 60 points. This will be a challenging opening night fixture for the Blackhawks, and it could be a difficult season.