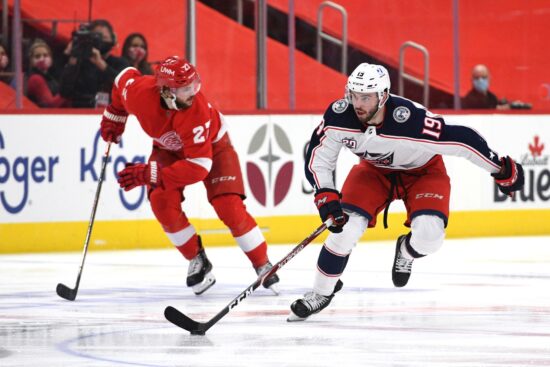 After a lengthy pause to their season due to the pandemic, the Tampa Bay Lightning are set to resume play for the first time in six days when they travel to Columbus to take on the Blue Jackets. The Lightning’s last game was against the Blackhawks aka the worst team in the league against one of the best in the Lightning.

So we knew this was going to go Tampa Bay’s way but we still don’t know how good they truly are yet either after their forced break. Meanwhile the Blue Jackets have started off on the wrong end this season by going 1-2-1 so far against not even the best teams in the league in the Red Wings and Predators.

Now we will see if they can shake off their bad starts so far and take advantage of a Tampa Bay team that has been on hiatus up to this point in the season.

Tampa Firing on All Cylinders

Like I said this team has been on a forced break cause of the pandemic but before then, they were putting in work against the Blackhawks. Scoring ten goals total in two games and limiting Chicago to just three, the Lightning proved to everyone that they are ready to repeat as Stanley Cup champions.

Center Steven Stamkos already has five points in just the two games this team has played while goalie Andre Vasilevskiy is stopping 95 percent of his shots. So far so good for this Tampa squad.

This team might 1-2-1 but are playing better than their record indicates. Two of their losses have been by two goals or less and they averaging at least two scores a contest. The trouble with the Blue Jackets is they they have been dry on the powerplay with zero goals so far yet they average as a team almost 40 PIM so far. Spending time in the box while also not scoring when your opponent is doing the same thing could be the difference between the wins and losses in the tight games this team plays.

Leading the way for the Blue Jackets has been Center Alexandre Texier. He has 9 shots so far on the season but three of them have found the way into the back of the net. This performance is fine, but its not good enough when your defense is on average giving up at least three goals a game.

Despite Tampa Bay’s off time, I can’t pick against them until they give me a reason to. The Blue Jackets are better than the Blackhawks but that is not hard to do right now and I trust the strong defensive performance of the Lighting to continue against a team that can’t get it in the net even when having a man advantage.

Meanwhile, Tampa Bay stays out of the penalty and has already converted twice already when up a man. Back the talented team in this one despite their break.