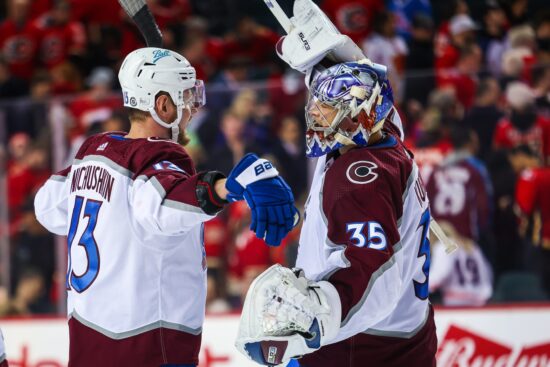 We are edging closer to the final month of the NHL regular season, as teams look to pick up the points that they need to qualify for the Stanley Cup playoffs. The outright betting market to win the prestigious honor has been open since the summer, and it remains the Colorado Avalanche that sits as the favorites.

The Colorado Avalanche have done very little throughout the regular season to see confidence in their chances of winning the Stanley Cup diminish. They were listed as the pre-season favorites to win the honor for the third time in franchise history, and are now as short as +400 to win the top prize. Colorado has shortened in price since last time we looked at the outright odds, as they were a +500 chance in early February following the All-Star break.

It’s extremely challenging to find too many weak points in their team at this stage, as they were the first to hit the 100-point tally this week with a victory against the Calgary Flames. Meanwhile, the Avalanche boasts a very impressive average of .746, and has an overall record of 47-14-6 in the NHL this season, which is the best return out of both the Western and Eastern Conferences. However, those looking to take on the favorites may not need to look further than their capitulation in the second round of the playoffs last season.

The latest odds certainly offer various avenues of value; more so than at any other point this season. The Tampa Bay Lightning are an immediate side that stands out at +850, as the reigning two-time Stanley Cup champions are at their biggest price of the season at present. They have drifted slightly since February when they were a +750 chance. However, they still firmly look set to reach the playoffs, as they sit fourth in the Eastern Conference, and given their expertise in the post-season, it could be a wise pick.

However, the side that really captured my attention was the New York Rangers. They are now widely available at +1500, which looks like an excellent price given their form in the campaign’s second half.

They are currently third in the wide-open Eastern Conference, and could yet end the season much higher if they maintain their form. The Rangers have won the Stanley Cup on four previous occasions. However, they haven’t won the Conference Championship since the 2013-14 season. The rebuild process could be vindicated with a strong run in the post-season.