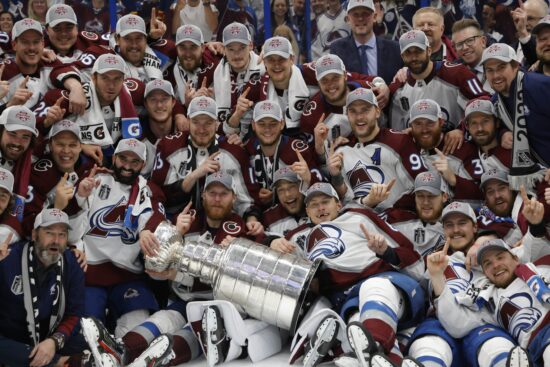 The countdown to the start of the new NHL season is already underway, as teams are making moves to improve their squads during the off-season. The NHL Conference 2022-23 betting markets make for interesting reading at this stage, but could there be any value in the early prices ahead of the new season?

The Toronto Maple Leafs are the current favorites to win the Eastern Conference title this season. They were knocked out at the first hurdle once again last season in the playoffs, as they lost in seven games against the Tampa Bay Lightning. It’s always so difficult to side with the Leafs before a game is played, as they are a side that I would prefer to watch before making any final assessment.

Tampa Bay Lightning are solid second contenders in the betting, as they fell just short in their bid to win a three straight Stanley Cup last year. However, their experience in the playoffs is a big factor worth considering this year, in what is set to be another wide-open Eastern Conference.

However, I’d be prepared to take a chance on the Florida Panthers. They fell apart in the playoffs last season, which was ultimately a disappointing end after a strong regular season run. They had the best overall record in the NHL after going 58-18-6, while their home form was incredible, as they won 34 times and dropped to just seven defeats.

There’s no surprise to see the Colorado Avalanche head the betting for the Western Conference this coming season. The Avalanche claimed success in the Stanley Cup at the end of last year after a dominant showing throughout the campaign in the Western Conference. They boasted the best record in the West, as they went 56-19-7. In truth, it could be hard to bet against them making at least the Stanley Cup Finals if their whole squad remains fit throughout the campaign.

Vegas Golden Knights are the second choice in the betting despite a very underwhelming display throughout 2021-22. They failed to make the playoffs, as they finished down in ninth, three points behind the Nashville Predators. It would take an awful lot for them to get straight back into the picture based on performances last season.

The Edmonton Oilers could be the interesting angle here, as they boasted a very impressive home record throughout the season, and looked reliable at the back. They could be a decent price at +750 at present, as a strong start to the season could see them cut drastically.