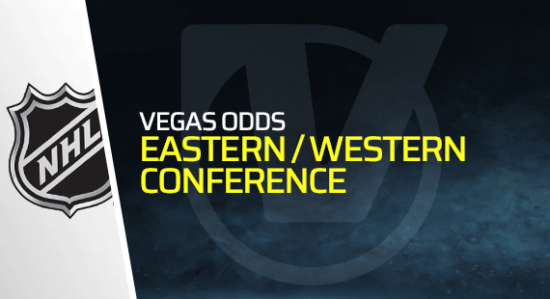 The NHL conference markets are heating up as we enter the All-Star break in the season. Betting markets have been open for the winners of the respective conferences since the start of the season, but there are new favorites for both the Eastern and Western titles since the last time that they were examined in December.

There has been movement in the Western Conference betting market, with the Colorado Avalanche once again at the top of the betting. The Avalanche are favorites to the win the Stanley Cup this season, but were briefly replaced by the Vegas Golden Knights in December. Since then, the Avalanche have won nine of their previous ten games to open up a clear advantage at the top of the standings.

However, there may still be a concern when examining their recent record in the playoffs, as they have been knocked out in the second round in each of the last three seasons. Last season, they were knocked out by the second favorites in the betting, the Vegas Golden Knights.

Vegas are the clear second favorites in the betting, as they are currently a +290 chance to win the Western Conference. They have endured a difficult run of form, picking up just five wins in their previous ten games. That has seen them drop to fifth in the standings. The Nashville Predators have been the biggest market mover, as they have been cut from +1700 to +1000 to win the Western Conference this season.

The Eastern Conference remains the most open of the two, as the betting has been shaken up over the last month. The Florida Panthers are now the outright favorites to win the conference, as they have been cut from +475 to +325. Florida are currently leading the way in the conference and has a three-point advantage over the Tampa Bay Lightning. Like all of the teams in the top four of the betting, they have won seven of their previous ten.

The Carolina Hurricanes have been the most significant mover, as they have been cut from +500 to +350. Carolina are third in the current NHL standings, but have played five games fewer than the Panthers. They have also lost just twice in regulation time, and have picked up victories in each of their last four games.

Reigning Stanley Cup champions, Tampa Bay Lightning, are still on course to achieve a third straight success. They are second in the standings, and have lost just ten times in regulation time this season. Toronto Maple Leafs are the in-form side in the East going into the All-Star break, having won their last five.