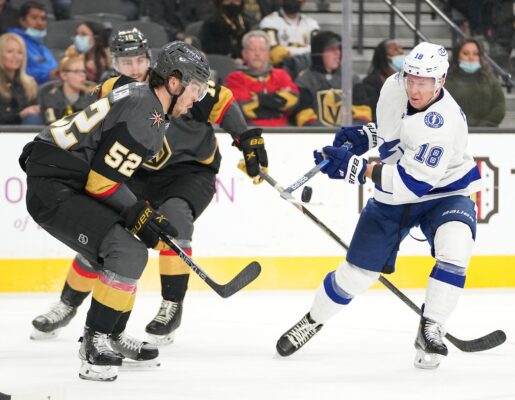 It has been an exciting season in the NHL, and the action only looks set to intensify as we head into the Christmas period. The betting markets for the conference winners in the league have been open since the start of the campaign, but there have been significant movements in both markets throughout the season to this point.

Here are the current odds for both the Western and the Eastern Conferences as we start to see some clear favorites separating themselves from the rest of the pack.

The Colorado Avalanche were the outright favorites for the Western Conference title at the start of the campaign, but they have been replaced by our pre-season pick of the Vegas Golden Knights. However, the Avalanche has still shortened slightly in the market, as they were +275 at the start of the season, and are now priced up at +250.

Vegas have moved to favorites in the betting, as they are into +230 from +365. The Golden Knights are currently top of the Pacific Division, while no sides in the West have picked up more points than them so far this season. The Avalanche are the only side to have scored more goals than Vegas at this stage of the season.

There have been a couple of significant movements in the betting from the start of the season. The Dallas Stars were previously priced up at +1100, but are now as big as +1700. Meanwhile, the Seattle Kraken have dropped to a +15000 outside from their pre-season price of +1400. The Anaheim Ducks have been the significant drop in price, as they were previously a +6600 at the start of the season, but are now priced at +1500.

Tampa Bay Lightning remain the betting favorites for the Eastern Conference title in 2021-22. They have shortened slightly from the start to the season, as they were originally priced up at +375. Tampa are currently top of the Atlantic Division, having won 20 of their 30 games so far this season. The Lightning look firmly on course to challenge for a third straight Stanley Cup success this season. They are currently a +700 chance to win the Stanley Cup in 2022.

The market below the Lightning has been the most interesting. The Maple Leafs have come into +375 from +800 to win the conference title after a strong start to the season, while the Panthers have been slashed from +1100 to +475. Carolina Hurricanes have also dropped to +500 in the betting from +700.

However, below the top eight in the betting, there are some huge prices available for the sides that have been disappointing at the start of the season. The Canadiens were previously +1800 but are now the huge outsiders at +20000. New York Islanders may be the most disappointing side in the East, as they have gone to +4000 in the betting from +1000.