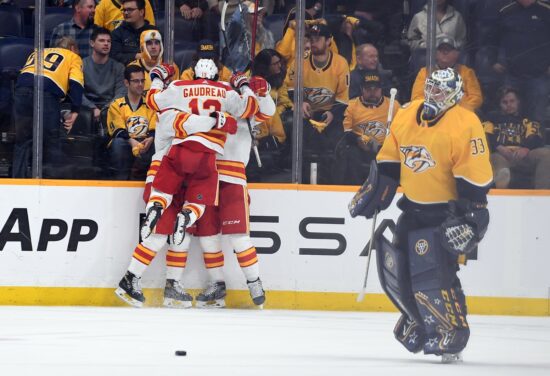 The fun of the NHL playoffs is fast approaching, and the 16 teams that will be competing in the post-season have already been determined. Stanley Cup outright markets have been open since the beginning of the season, but which team heads the betting as the regular season comes to a close?

There has been significant movement in the Stanley Cup outright betting throughout the season. However, the Colorado Avalanche has been the market leader throughout the campaign. The last time we looked at the odds in early April, the Avalanche was a +400 chance. They have now been cut in price to +350 to win a third Stanley Cup.

Their latest success came over 20 years ago in the 2000-01 season and will be looking for better performances in the playoffs this year after crashing out in the second round against the Vegas Golden Knights. The Golden Knights have been the big disappointments in the Western Conference this term, as they were listed as short as +600 to win the Stanley Cup in December.

It’s hard to argue with the Avalanche being the favorites, given that they have gone 32-5-3 at home, and 24-13-3 on the road. Their home record is the best in the West, while only the Calgary Flames have won more games on the road. The Flames are a very competitive second choice in the betting from the Western Conference at +750. Calgary has ended the regular season in strong fashion, going 8-1-1 over their previous ten.

The sides competing for the Stanley Cup from the Eastern Conference have been confirmed for a while now, but the Florida Panthers have remained the top choice in the Stanley Cup betting. The Panthers are currently second-favorites in the betting at +550. They have been excellent throughout the campaign, and have picked up more points than any other side. They have the best home record in the whole of the NHL, as they have gone 34-7-0, while they have picked up the second-most away wins in the Eastern Conference.

The Toronto Maple Leafs are the second choice in the betting from the East, and they are ending the regular season well with a record of 7-2-1 over their previous ten. However, memories of their recent disappointments are only too fresh to merit too much support at +1000. The New York Rangers could be the value pick from the Eastern Conference contenders, as they have been consistent both home and away throughout the season, and look to have a squad more than capable of going deep in the Stanley Cup finals.