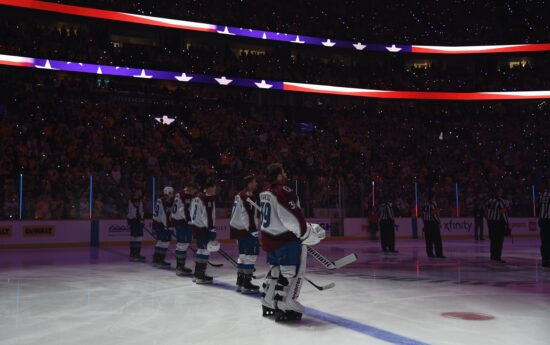 Business picks up in the Stanley Cup playoffs this week, as the second round of the Eastern and Western Conference playoffs get underway. The teams in the running to win the major honor this term has been cut to eight, and that will be slashed to four over the coming weeks. But, which team is currently the favorite to win the Stanley Cup this year?

There has been very little movement at the top of the Stanley Cup betting throughout the season. The Colorado Avalanche have been cut in price since we last looked at the Stanley Cup outright odds, as they are now as short at +190. That price is likely to be enough to put many bettors off, as it is extremely short given how competitive the playoffs are.

However, it’s hard to argue against the fact that the Avalanche has been the standout side in the post-season to this point. They progressed their form into their first-round showdown against the Nashville Predators, as they eased to a 4-0 series win. Few sides are looking as menacing as the Avalanche at this point of the season, and they are deserving favorites based on what we have seen so far this term.

The odds would suggest that the Eastern Conference looks slightly more competitive at this stage of the campaign. However, it remains the Florida Panthers that lead the rivals from the conference in terms of the outright market. The Panthers needed six games in the first round to edge past the Washington Capitals, but they will face a much more challenging test in the second round, as they come up against the two-time defending champions.

Many would consider the Tampa Bay Lightning to be the current value in the betting, as they have been there and done it before. Their experience was once again the pivotal factor in the first round, as they edged past the Toronto Maple Leafs in a compelling game seven. They are likely to be cut in price if they pick up a victory in game one of the series against the Panthers, which does make +650 look like a very interesting price at this stage.

We will be looking for some value in the betting at this stage, and that once again sees us land on the New York Rangers. They were excellent throughout their series against the Pittsburgh Penguins, as they battled back from the brink to win in game seven at Madison Square Garden. The Rangers have a strong mentality for playoff hockey, and +1400 looks like a massive price given their performances throughout the season.