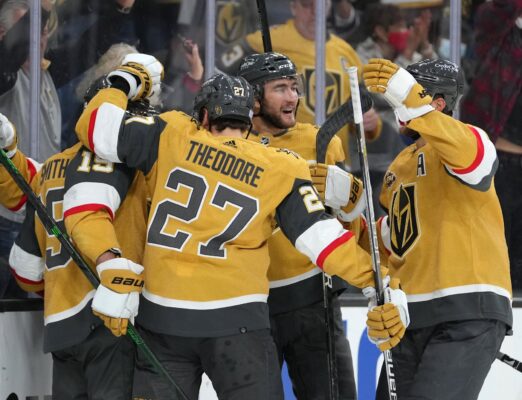 The outright betting market for the Stanley Cup 2022 has been changing drastically with every passing week due to the form that sides in the NHL have been showing.

At the beginning of December, Toronto Maple Leafs moved to the top of the betting, as they were considered a +650 chance to win their first Stanley Cup since 1967. However, the Leafs have been replaced at the top of the betting for the top prize in recent days by the Vegas Golden Knights.

However, it’s getting harder to look past their recent form in the NHL when it comes to the standout sides. They could go even shorter in the betting if they can knock off the Tampa Bay Lightning in their last game before Christmas. It will be a historic season for the Golden Knights if they can win the honor this season, as they have never previously won the Stanley Cup.

Their form so far this season has been electric, as they sit top of the Pacific Division, having won 20 of the 31 games that they have played. Recently, they have also won eight of their last ten games.

The Colorado Avalanche were as short as +475 in the betting at the beginning of the season, which did appear extremely short given that the season hadn’t even started. However, those that would be looking to make a bet on the Avalanche winning the Stanley Cup this season can now get better odds in the market. However, some franchises have drifted in price over the past month.

The Toronto Maple Leafs started the season as a +1400 chance, before drastically being cut to +650 at the start of December. However, they have eased in the betting slightly over recent weeks, and are now a +750 chance, which is a more realistic price we would say.

The Florida Panthers have drifted the most over the past couple of weeks, as they were previously a +700 chance, but are now around a +950 chance. However, everything can change in the NHL with a solid run of results, which means keeping an eye on the outright odds is essential.