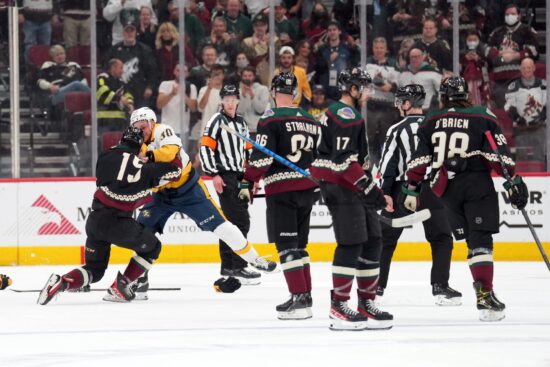 The start of the 2022-23 NHL season is soon upon us. While many of the sides in the league will be aiming to reach the playoffs and make a strong bid to win the Stanley Cup, there are likely to be other teams struggling at the wrong end of the NHL standings. However, you can find the latest NHL odds for the worst regular season record right here.

The betting markets currently have the Arizona Coyotes and Chicago Blackhawks as the clear favorites to end the season with the worst regular season record. Both sides are the only teams with single-digit prices for the upcoming season, with the Coyotes the outright preferred pick. They will be playing at their new home, the Mullett Arena, for the first time this term, but will be looking to avenge a very disappointing campaign that saw them finish bottom of the Western Conference standings.

The Chicago Blackhawks are also expected to have another stuttering season, as they finished last term just above the Coyotes in the Central Division. They went 28-42-12 throughout the season, but many expect them to struggle once again this term. Meanwhile, the Blackhawks will be led by interim head coaches Derek King and Luke Richardson this season, and are set to kick off their pre-season schedule against the St. Louis Blues on Tuesday evening.

The prospect is widely tipped to be a franchise player in the future, and many experts see him as the best player coming into the league since Connor McDavid. It could hit a massive reset button for whichever team is able to pick him up, and teams not in with a realistic chance of making the playoffs may be happy to sabotage their campaign to ensure that they pick up the game-changing star at the end of the 2022-23 season.

There is a lot of value in the betting this season, as I could see the Ducks and Sabres both struggling. However, the Blackhawks look set to be the best pick, as they have an issue in goal, and recent comments from the general manager almost certainly appears to be pleading for time when it comes to ambitions amongst fans.