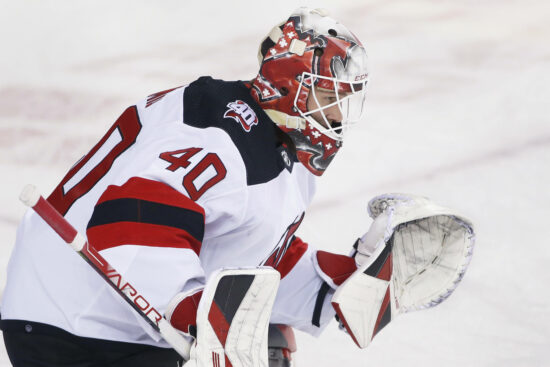 If you’re looking for the latest Oilers vs Devils prediction and odds, then look no further than Vegas Odds.

Few sides have caught the imagination as much as the New Jersey Devils this season, and they will be looking to maintain their excellent form at home on Monday evening. The Devils will be looking for a 13th straight win when they take on the Edmonton Oilers.

It has been a stunning start to the season for the New Jersey Devils, and they will be looking to maintain their incredible run of form on Monday evening against the Edmonton Oilers. No side in the NHL can boast a better run of current form, as the Devils have recorded 12 straight victories. However, that is still only enough to sit second in the Eastern Conference standings.

The Devils have scored 68 goals this term, which is the second-best attacking record. Meanwhile, they also have the second-best defensive record. New Jersey continued their charge in the East over the weekend, as they hammered the Ottawa Senators 5-1 away from home. Michael McLeod, Nathan Bastian, and Jesper Boqvist were among the scorers.

However, the Oilers aren’t likely to shy away from the challenge ahead of them this week, as they have won five of their previous ten games in the NHL. At present, they sit fourth in the Pacific Division standings, but they will need to be more productive in the final third, having scored the fourth-most in the division.

The Oilers bounced back from a recent defeat against the Los Angeles Kings over the weekend, as they claimed a dramatic 4-3 overtime victory against the Vegas Golden Knights. Leon Draisaitl, Connor McDavid, and Zach Hyman were all on the scoresheet in that success.

It looks incredibly hard to see past the Devils claiming victory in this fixture on Monday. New Jersey has won two of their previous three against the Oilers, and we could see them recording a 13th straight win on Monday evening.