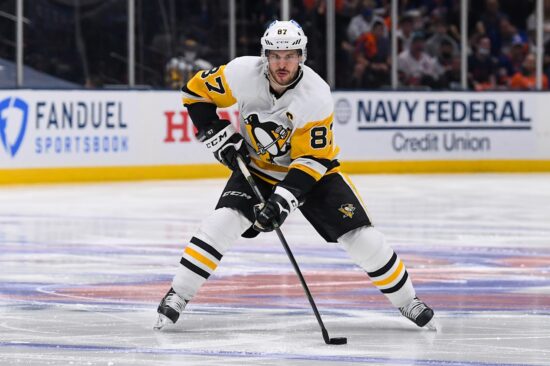 It has been a rocky pre-season for the Pittsburgh Penguins, and they could potentially open their NHL campaign against the Tampa Bay Lightning without two of their key players. Both Evgeni Malkin and Sidney Crosby are in a race against time to be fit for their first game of the regular season on October 12th.

Malkin Not Likely To Feature Until December

The most pressing concern for the Penguins will be the fitness of Malkin, who is set to miss the first two months of the regular season. Malkin underwent knee surgery back in June, but a timeframe on his return hasn’t yet been planned out by management. Ron Hextall revealed during a press conference at the training camp that Malkin will not feature for the first two months of the new season, which would come as a huge blow for the franchise. The Russian star has been with the Penguins since being selected second overall in the 2004 Draft.

His best scoring season to date came in 2011-12, as he scored 50 goals and made 59 assists. His numbers over the past couple of seasons have also been very impressive, as he has scored 46 goals in the NHL between 2018 and 2020. Last season, he made the fewest number of appearances in the NHL since 2012-13, as he played just 33 times. However, he still made 20 assists and scored eight goals in the regular season. Malkin also played four times in the playoffs, scoring once.

Crosby On Track For Return

It was more positive news for Penguins fans when it comes to Crosby, as he is on track to return in October following wrist surgery. He was given a six-week timeframe to return following the surgery, which took place on September 8th. That could put him in the frame to return for the regular-season opener, and management also admitted that he has been on the ice every day with the team.

The Canadian has been with the Penguins since being selected first overall in the 2005 Draft. Crosby enjoyed another great season with the franchise last year, as he made 55 appearances and scored 24 goals. Furthermore, he added 38 assists in the regular season. He also played six times in the playoffs for the Penguins last term, scoring and assisting once.

The Penguins remain among the leading contenders for the Stanley Cup this season despite the evident injury problems that they have. BetOnline.ag currently value them as an +1800 chance to win the famous trophy at the end of the season.

They are also among the leading contenders for the Eastern Conference, as they are priced at +1100 with the same bookmaker. However, the current favorites to win the Eastern Conference are the reigning Stanley Cup champions, the Tampa Bay Lightning, while the Toronto Maple Leafs and Boston Bruins are the next teams in the betting.