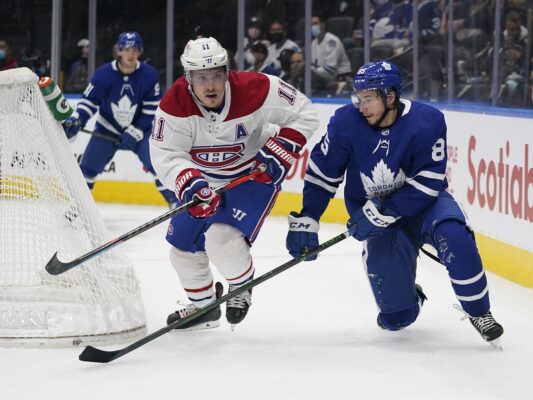 The Toronto Maple Leafs will come into the new NHL season with renewed hope. Toronto are among the top selections for the Stanley Cup in 2022, but will have an awful lot to prove if they are to end their long wait for success. They kick off the new season against the Montreal Canadiens, which gives them an immediate chance to gain revenge on last season’s game seven defeat in the opening round of the playoffs.

The opening day of the NHL season will give the Toronto Maple Leafs an immediate chance to gain revenge for their defeat in the playoffs last season. Toronto were beaten in seven games by the Montreal Canadiens in the first round of the Stanley Cup playoffs last season, which continued their poor record in the post-season. Regular season fixtures haven’t really proved to be much of an issue for the Leafs in recent seasons, and that was the case once again last season.

Toronto won 35 of their games last season and went 18-7-3 at home during the regular season. However, their chances of starting with a win on Wednesday could be negatively impacted following the news that star forward Auston Matthews will be out for at least the first three games of the season. Regardless, Sheldon Keefe will still feel confident that his side have enough quality to get the win.

The Montreal Canadiens dared to dream in 2020-21, as they made it through to the Stanley Cup finals before being beaten by the Tampa Bay Lightning. Montreal were the surprise package in the post-season, beating the Vegas Golden Knights in the semi-finals after their success against the Maple Leafs. Despite those performances last season, they are huge outsiders to win the Stanley Cup this season.

Montreal ended the regular season with a record of 11-10-7 on the road last season and scored an average of 2.8 goals per game on the road. Pre-season has been a mixed bag for the Habs, as they have lost their last two coming into this opener. One of those defeats came in the form of a 6-2 hammering against the Maple Leafs. There are also injury concerns for the Canadiens, as they will be without Joel Edmundson, Mike Hoffman and Sami Niku for this opening clash in the NHL.

It’s hard to separate the sides in the last 100 meetings, as both the Leafs and Habs have won on 50 occasions. Toronto have won eight times in overtime, while the Habs have claimed ten victories. In the regular season last term, the Leafs won seven of the ten meetings.

Who will win this NHL match on Wednesday:

The Maple Leafs will be looking to start strong in the NHL this season against the team that beat them in the playoffs last term. They should still have enough quality to get the win even without Auston Matthews.