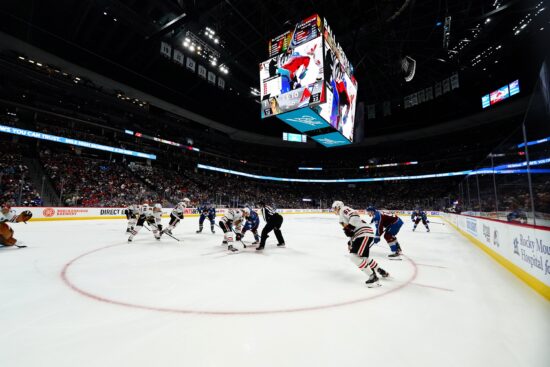 The favorites for the Stanley Cup in 2022 started with a fine showing on Wednesday evening, and they will be looking to make it two straight wins on Saturday evening when they welcome the St. Louis Blues to Ball Arena.

There are high expectations when it comes to the Colorado Avalanche this season, as they were cut in price to win the Stanley Cup before the season even started. It doesn’t seem that they were keen to disappoint their fans on the opening night either, as they claimed a dominant 4-2 victory against a new-look Chicago Blackhawks. Colorado started the game like a house on fire, hitting the back of the net on three occasions in the opening period.

A fourth goal was struck past Marc-Andre Fleury on his Blackhawks debut in the second period, before Chicago pulled another goal back in the final frame. However, as opening nights go, Wednesday was a very impressive showing by the leaders in the betting. Nazem Kadri, Bowen Byram, Gabriel Landeskog, and Jack Johnson scored the goals in the win for the Avalanche. Meanwhile, Darcy Kuemper in the Avalanche goal was kept reasonably busy, as he made 32 saves from 34 shots faced, averaging a save percentage of .941.

The St. Louis Blues are ex-Stanley Cup winners themselves, having won the famous trophy in 2019. However, since then, they have endured struggles in the playoffs. That was evident once again last season, as they failed to make it past the first round after being beaten by the Avalanche in a four-game sweep. They can claim a certain level of retribution on opening night this season, as they look to improve on a fourth-place finish in the west last year.

St. Louis certainly had no trouble finding a way to goal in their last game, as they ended pre-season with a 7-3 victory over the Columbus Blue Jackets. The Blues scored three goals in each of the opening two periods, with David Perron, Jack Walman, and James Neal all among the scorers. However, it is always a different kind of pressure on opening night.

The Avalanche inflicted an embarrassing defeat on the Blues last season in the playoffs, winning in four games. Colorado scored at least five goals in three of the four games played during that series, with the most recent win being a 5-2 success. However, the Blues have won the last two regular-season games, which ended a run of five straight victories for the Avalanche.

Who will win this NHL match-up on Saturday:

Memories of last season’s playoff disaster will still be fresh for the Blues, and the Avalanche have started the season in incredibly good form. It’s hard to see any other outcome on night two at Ball Arena than the Avalanche making it 2-0 for the season.