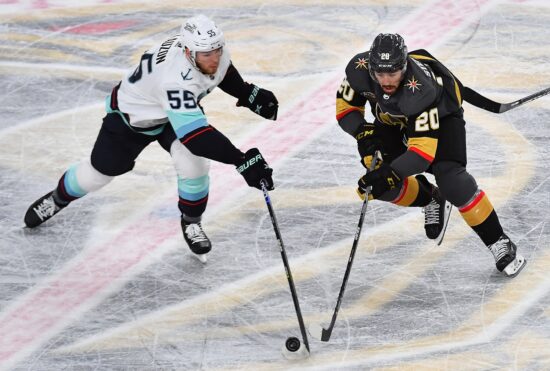 The Seattle Kraken take to the ice for their second time as an NHL franchise on Thursday, as they take on the Nashville Predators at the Bridgestone Arena. Can they claim a first victory in the NHL or will the Predators get their NHL campaign underway with a win on night one?

The Seattle Kraken made their long-awaited NHL bow on Tuesday evening, as the league welcomed its newest franchise. It was a fascinating match-up on the opening night, but it was eventually the Vegas Golden Knights that came out on top. However, there was still more than enough to like about the Kraken for the season ahead. Seattle found themselves 2-0 down after the first period against one of the front-runners for the Stanley Cup in 2022.

However, they responded in the second with two goals of their own, before scoring a third in the final period. Regardless, the Golden Knights were still able to get over the line and get a first win of the season at the first attempt with a 4-3 success. Jared McCann scored his first goal for the Kraken in the defeat, while Ryan Donato and Morgan Geekie also found a way past Robin Lehner in the Golden Knights goal. Assists in the defeat were recorded by Joonas Donskoi, Vince Dunn, Jordan Eberle and Jaden Schwartz. Meanwhile, Phillip Grubauer made 26 saves to average a save percentage of .867.

The Nashville Predators will certainly be hoping for improvement in the 2021-22 season, after failing to make it past the first round of the playoffs last term. They were beaten in game six overtime by the Carolina Hurricanes at the tail end of last season, but they look well placed to challenge for playoff positions once again this term. Nashville ended the previous season with a home record of 18-10-0, as they scored 156 goals and conceded 154.

They should be a confident side coming into this opening night match at the Bridgestone Arena, as they have won their last four pre-season fixtures. They scored six goals in both victories against the Tampa Bay Lightning, while they closed pre-season with back-to-back wins against the Hurricanes.

Who will win this NHL match on Thursday:

We are excited to see more of the Kraken, as they could be one of the more entertaining teams in the NHL if every game plays out like the opening night match-up against the Vegas Golden Knights. The Predators will present a different challenge in this fixture, but we could see Seattle claiming a first win in the NHL on the road in this match-up.