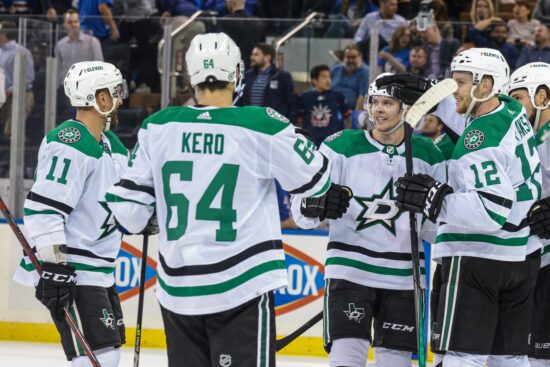 The Boston Bruins get their challenge for the Stanley Cup underway on Saturday evening at TD Garden, as they take on the Dallas Stars on the first weekend of the 2021-22 season.

The 2020-21 season was largely a disappointing one for the Boston Bruins, as they crashed out in the second round of the playoffs. After overcoming the Washington Capitals in the opening round, the Bruins were beaten in six games in the following round. Head coach Bruce Cassidy will be hoping for much better this season, as they look for a renewed challenge for the top prize. Boston have added quality players in the free agency, with Nick Foligno and Derek Forbort brought in.

Brandon Carlo was also signed to a six-year deal, while new deals were also struck with Mike Reilly and Taylor Hall. Boston have won just once in their last three pre-season fixtures, with that victory coming against the Philadelphia Flyers. However, they have lost their last three, which includes defeats against the New York Rangers, Capitals and the Flyers.

The Dallas Stars will be looking to continue their strong start to the NHL season on the second round of fixtures, as they claimed a good win on opening night. Dallas started last season in fine form, as they won on the opening night 7-0 against the Nashville Predators. However, they will be keen to avoid the same disappointment this season, as they missed out on the playoffs at the end of the regular season.

The Stars won 3-2 on the road against the New York Rangers after overtime on Thursday evening, after the sides were level 2-2 after the conclusion of the three periods. Goals in the win for the Stars were scored by Radek Faksa, Jacob Peterson and Miro Heiskanen. Braden Holtby made 25 saves from 27 shots faced, before being replaced by Anton Khudobin, who saved all six shots that he faced at Madison Square Garden.

Boston have enjoyed a good record against the Stars. They have won their last two, scoring a total of six goals and conceded four times. They have also won four of the previous five, with the only Stars win during that run coming in November 2018, as Dallas won 1-0.

Who will win this NHL fixture on Saturday:

Cases can be made for both the Stars and Bruins this weekend. However, given the strong record that Boston have against the Stars at TD Garden, we expect the Bruins to get their campaign off to a winning start in front of their home support.