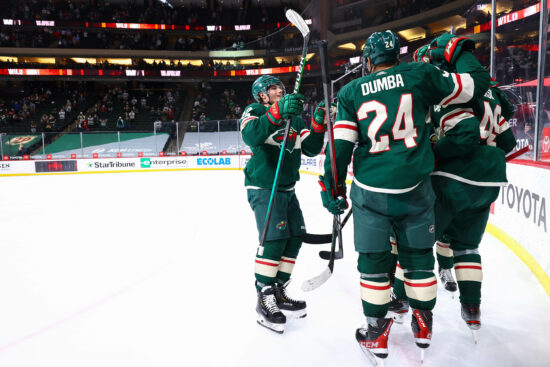 The Minnesota Wild and St. Louis Blues meet up on back to back nights on Wednesday and Thursday to conclude the 2021 regular season. These last two games will be tough to handicap, because they don’t mean a whole lot for either team. Each are going to the playoffs, the Blues visiting either Vegas or Colorado and Minnesota going on the road to face whoever comes in 2nd between the Golden Knights and Avalanche.

Wild With a Chance at Home Ice

Minnesota has 75 points on the season, trailing Colorado who has 78. There’s an outside chance the Wild could have home ice in their first round postseason series, but the Avalanche also close out with two games against the eliminated Kings. Even though the results aren’t likely, Minnesota is likely going to play Wednesday’s tilt as if there’s something on the line.

Minnesota has won four of five, and have tallied points in their last six games. That includes an OT win and an OT loss to St. Louis as part of a 1-1-1 series at home at the end of April. The Wild and Blues have played each other close all season, with Minnesota going 2-2-2 in the six games.

It will be interesting to see how both teams approach the goaltending situation with a rematch lined up for Thursday night. One would think Dean Evason goes with Cam Talbot on Wednesday and lets him rest for next week’s playoff series against either Colorado or Vegas. Talbot has allowed 3+ goals in five straight, and took two losses vs. the Blues last week.

There’s nothing that a St. Louis win on Wednesday night can do to alter their postseason path. The Blues are going on the road next week, it’s just a matter of whether they head to Colorado or Las Vegas. Oddsmakers have the Blues as slight +110 underdogs, with the Wild a -130 favorite.

Much like Minnesota, the Blues have a tendency to get into close games lately with 5 of their last 7 going to extra time. The St. Louis offense is kind of in a rut scoring two or less in three of the last four, but did tally 12 in the three game series at Minnesota two weeks ago. The fact that St. Louis went 2-0-1 in St. Paul was impressive considering the Wild are 21-5-2 at home this year.

Like their counterparts on Wednesday, there will be some strategy involved about who St. Louis sends in net on the first leg of a back to back. We will likely see Jordan Binnington on the first leg, but he gave up 7 goals in two starts vs. the Wild last series. Binnington has allowed 2 goals or less in three of the last four though.

Who wins the Wild vs Blues game tonight:

It’s a toss-up game but it’s the Wild who have more to play for even if it is a faint shot at 2nd place and home ice. The Blues are just 10-11-5 at home this season, and with Minnesota scoring points in 9 of their last 10 they are the play.