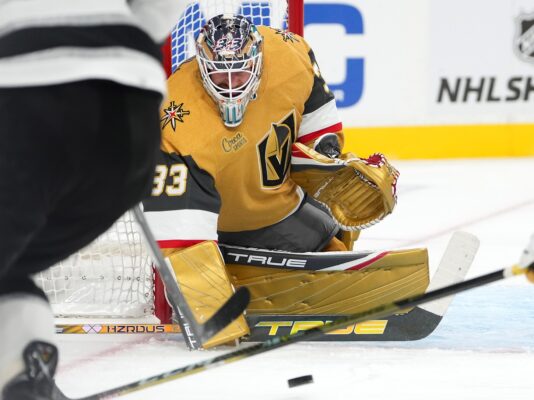 There looks set to be exciting NHL pre-season action on Wednesday, as two of the best in the Western Conference collide. The Vegas Golden Knights will have home advantage, as they welcome the reigning Stanley Cup champions, the Colorado Avalanche, to the T-Mobile Arena. Find the latest Avalanche vs. Golden Knights pre-season odds here.

It hasn’t been the perfect start to pre-season for the Vegas Golden Knights, as Bruce Cassidy looks to have an immediate impact on his new team. Vegas was disappointing in the NHL last season, as they missed out on the playoffs for the first time in franchise history. Therefore, they will be looking to get back on track this term.

However, they could yet be a long way from competing in the Western Conference based on the performances that we have seen from them in pre-season to this point. They have lost both of the two fixtures that they have played. A first defeat of pre-season was inflicted by the Colorado Avalanche before the LA Kings recorded an overtime win in their latest game.

The Golden Knights aren’t the only side that will be looking for a positive reaction following a recent defeat. That is because Colorado Avalanche was also beaten in their most recent fixture on Tuesday evening. They allowed five goals in a 5-2 defeat at home against the Minnesota Wild, which was the second defeat they have fallen to against the same opponent in pre-season this year.

The Avalanche looked sluggishly from the opening minutes and conceded two in the first quarter. However, things would only worsen in the second, as they allowed three goals against the Wild. The only goals for the reigning Stanley Cup champions were scored by Martin Kaut and Alex Newhook.

The Avalanche recorded a first pre-season win against Vegas Golden Knights in three meetings last week. However, Colorado dominates the recent meetings between the sides, as they recorded back-to-back wins in Vegas in February of this year, scoring a total of five goals and allowing just two.

This should be an interesting pre-season showdown between two sides that are likely to be in the mix in the playoffs later in the campaign. However, we could see the Golden Knights getting a first win of pre-season in front of their home fans on Wednesday.