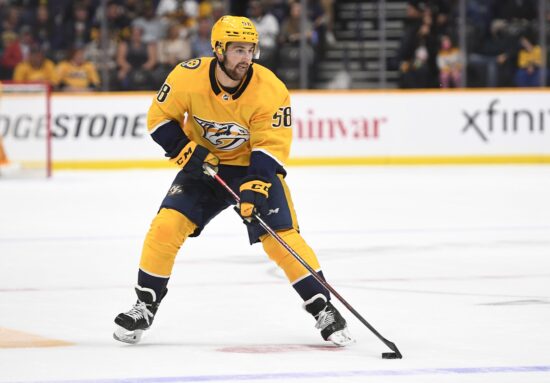 If you’re looking for the latest Predators vs Red Wings prediction and odds, then look no further than Vegas Odds.

It has been a decent start to the NHL season for the Detroit Red Wings, as they sit fourth in the Atlantic Division. However, they have struggled for momentum over their previous ten games, as they have recorded wins in just five of their ten games. However, they still remain in a solid position when it comes to challenging for a playoff spot.

They have looked to build momentum over their previous two games and recorded back-to-back victories. In the process, they have scored 13 goals. Six of those came in a fine 6-1 road win against the Columbus Blue Jackets over the weekend, with Filip Hronek scoring twice.

The Nashville Predators will also come into this fixture in good confidence, as they have won six of their last ten NHL games. Victory on Wednesday could even lift them into the top four in the Central Division standings. They will also be looking for a second straight win after recording a victory in their previous fixture.

Their most recent win was achieved following a shootout victory against the Arizona Coyotes on Monday night. The teams were locked level at 3-3 after regulation time, with Mikael Granlund, Roman Josi, and Matt Duchene scoring the goals.

It may be hard to ignore the Predators’ record in this fixture, as they have recorded six straight wins against the Red Wings. Three of their wins have been recorded on the road, and that looks to be a trend to follow on Wednesday.