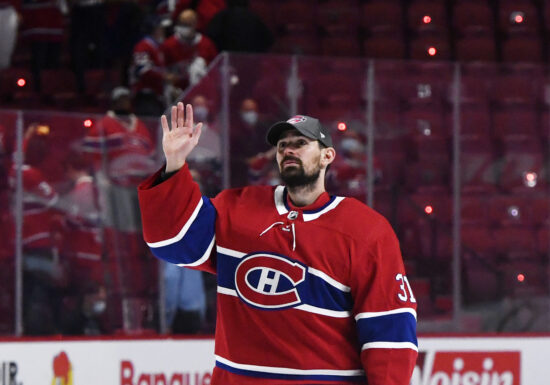 It has been an exciting couple of weeks in the NHL, as the league gets ready to welcome its 32nd team. The Seattle Kraken will join the NHL ahead of the upcoming new season, but before they take to the ice, they will need to select the players that will make up their roster. The Expansion Draft is set to take place on Wednesday, with the Kraken selecting 30 unrestricted players.

How The NHL Expansion Draft Works

The NHL Expansion Draft works very easily. Ron Francis, general manager of the Kraken, will select one player from each of the other NHL teams, excluding the Vegas Golden Knights. In the selected players chosen, Seattle must pick three goaltenders, nine defensemen and 14 forwards.

Which Players Could The Kraken Move For?

There is every expectancy that the Kraken could have a very competitive team from their first season in the NHL, as there are a number of standout names available to the franchise. But, which players could the Kraken pick up in the Expansion Draft?

A good goaltender is essential, and one of the best is available in the Expansion Draft. Carey Price was among the leaders in the betting to be named Finals MVP before the start of the Stanley Cup. He has been with the Montreal Canadiens since being selected fifth overall in the 2005 Draft.

Vladimir Tarasenko of the St Louis Blues is another player that the Kraken could select in the Expansion. The 29-year-old has been with the Blues for the past eleven years after being selected 16th overall in the 2010 Draft. He is a three-time All-Star, and was a key part of the Blues side that won the Stanley Cup in 2019.

The Kraken could also raid the reigning two-time Stanley Cup champions, as Yanni Gourde is available in the upcoming Expansion. The 29-year-old has been an important player for Tampa, despite being undrafted. He has been with the Lightning since 2015, but became a regular during the 2016-17 season.

His best scoring season to date came in 2017-18, as he scored 25 goals in 82 games, and made 39 assists. He was also in solid form last season, as he scored 17 goals in 56 regular-season games. Gourde was also an important member of the Stanley Cup-winning team, as he scored six goals and made one assist in 23 playoff appearances.