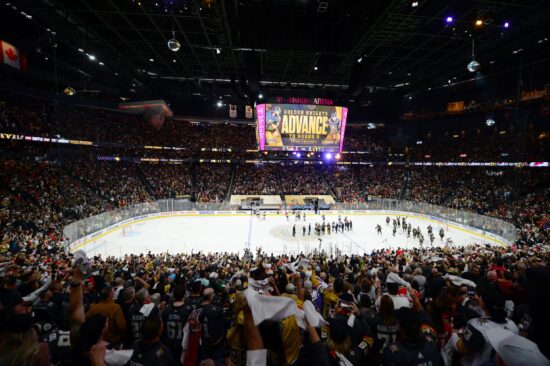 Each team will go into the new NHL season with renewed optimism that they can achieve something special this season. We looked at the NHL odds to make the playoffs yesterday, but today is the turn of the regular season points tallies of the respective NHL franchises.

The Ducks concluded the last full NHL season with 67 points from the 71 games that they played. Meanwhile, they accumulated 43 points in the 56-game season last term.

Boston finished at the top of the Eastern Conference in the last full season of action. In that campaign, they picked up 100 points. Last season, they still managed to pick up 73 points despite playing just 56 games.

A target of 90.5 points looks a tall order for the Flames. They finished the 2019-20 campaign with 79 points on the board and picked up 55 in the condensed season last term.

Chicago are certainly back on the right track, especially considering the odds. They won 72 points two seasons ago, and 55 in the shortened season in 2020-21.

Detroit finished at the bottom of the Eastern Conference in the 2019-20 season, as they won just 39 points. However, they exceeded that total last term, winning 48 points over 56 games.

The Florida Panthers ended the previous season with 79 points, as they finished just one behind the Carolina Hurricanes in the Central Division.

Minnesota Wild reached the playoffs after finishing third in the West last season. They finished the campaign with 75 points, which was just two fewer than they managed in 69 games in the previous season.

Nashville ended the 2020-21 season with 64 points, as they finished just inside the playoff positions in the Central Division. They could be well placed to kick on again this term.

The Islanders finished just inside the playoffs in the East last season. They picked up 71 points, while in 2019-20 they won 80 points.

The Senators aren’t expected to reach the playoffs in 2021-22, but they could certainly reach the 73.5 threshold. They finished last season with 51 points from 56 games.

Pittsburgh could be on the charge this season and look more than capable of reaching 98 points. They picked up 86 points in 2019-20, and 77 last season.

The Seattle Kraken are favored to reach the playoffs in their first season in the NHL. They will likely need to reach around 91 points to be able to achieve that.

Unsurprisingly, the Tampa Bay Lightning are expected to reach a high points total this season. The two-time Stanley Cup champions are certainly more than capable of getting to 108 points in the regular season.

Vancouver ended the last full season of games with 78 points, while they managed just 50 last season. It could be a struggle for them to reach 91 points this term.