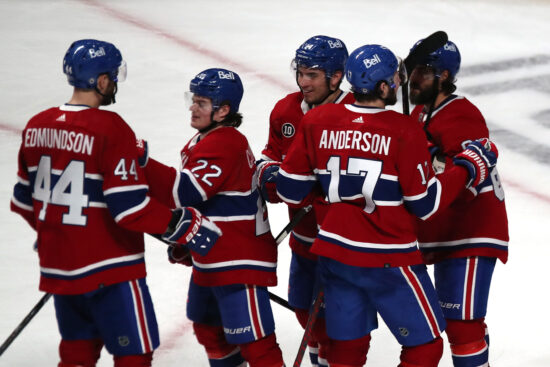 If you’re looking for the latest Sabres vs Canadiens prediction and odds, then look no further than Vegas Odds.

The Buffalo Sabres are back on the road in the NHL on Tuesday evening, as they look to end their terrible recent run of form. No side is in the worse form in the Eastern Conference coming into the Tuesday fixtures, as the Sabres have been beaten in their previous eight. They have conceded more goals than any other side in the Atlantic Division this term, and have won just twice in their previous ten.

Buffalo’s latest defeat came over the weekend, as they were easily beaten by the Toronto Maple Leafs at the Scotiabank Arena. The Sabres scored just twice in the 5-2 defeat, with both of their efforts coming in the second and third periods. They must address their defensive issues immediately if they are to have any hope of salvaging this season.

The Montreal Canadiens come into this fixture just a place higher than the Sabres in the Atlantic Division. Montreal has gone 9-8-1 in the NHL this term, but their recent form has been relatively solid, having picked up five wins in their previous ten games. During that run, they have lost just four times in regulation.

The Canadiens come into this fixture after having recorded a hard-fought success in their latest fixture against the Philadelphia Flyers. That success was secured via a shootout, with the Canadiens eventually claiming a 5-4 win. Cole Caulfield was in inspired form in that game, as he scored twice and added an assist for good measure.

It’s fairly hard to see when this poor run of form for the Sabres is going to come to an end, given their poor defensive record. However, we don’t see it ending on Tuesday, as we can see Montreal recording a third straight victory against Buffalo.