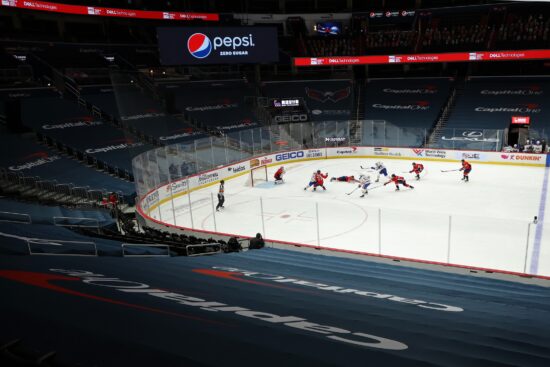 The NHL is more than ready to welcome its newest team following the NHL Expansion Draft on Wednesday. Seattle Kraken will enter the league next season, as they open the campaign with one of the newest teams in the division, the Vegas Golden Knights, on October 12th. Their first home game will be against the Vancouver Cannucks on October 23rd.

The Kraken are already listed at +2500 to win the Stanley Cup next season with BetOnline.ag, as they look to make an immediate impression in the NHL, just as the Golden Knights did. However, the favorites for the Stanley Cup remain the Colorado Avalanche at +550.

The Kraken selected 30 players overall in the Expansion Draft, which was made up of three goaltenders, 12 defensemen, and 15 forwards. The biggest name selected by the NHL’s newest franchise was Mark Giordano. Giordano will be celebrating his 38th birthday before the start of the new season, but he remains a player that is playing at the top of his game.

He picked up the James Norris Memorial Trophy in 2019, and has previously played in the All-Star game. Giordano played 56 games in the NHL last season, scoring nine times and making 17 assists. Throughout his career, he has played 949 times, and will certainly add the experience that the Kraken need on their NHL bow.

The former Calgary Flames captain wasn’t the only star inclusion for the Kraken in the Expansion, as they also announced Yanni Gourde and Vince Dunn as part of their roster. Both players have recent experience of winning the Stanley Cup, which certainly echoes the target that the Kraken will be aiming for when they join the NHL next season. Jared McCann from the Toronto Maple Leafs also adds more excitement to the forward line for the Kraken, as he scored 32 points in 43 games last season.

Other Players Selected By Kraken

Adam Larsson was the pick from the Edmonton Oilers, and he certainly adds defensive solidity that the Kraken will need to excel. He recorded the second-most blocks in the NHL last season and scored ten points in 56 games for the Oilers.

It will also be a family affair at the Kraken in 2021-22, as they added Haydn and Cale Fleury from the Anaheim Ducks and Montreal Canadiens, respectively. That decision meant that Carey Price wasn’t selected by the newest franchise, and the goaltender will be remaining with the Habs next season. Jordan Eberle of the New York Islanders was another standout name after he scored 16 goals and 17 assists in 55 games last season.

Vitek Vanecek and Chris Driedger will instead be battling it out for the starting position in net. Vanecek is in the final year of his entry-level contract and recorded a save percentage of .902 with the Washington Capitals last season. Driedger was with the Florida Panthers last season and averaged a .927 save percentage. It’s almost certain that he will get his chance to be a number one with the Kraken this coming season.