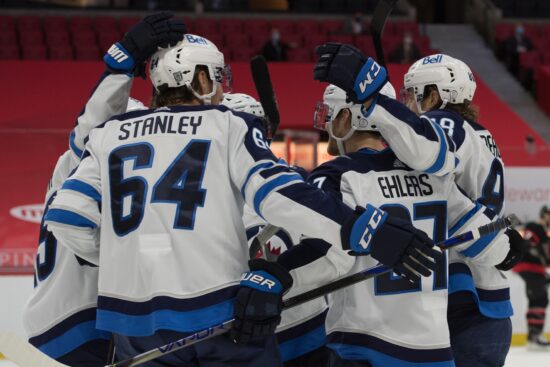 The Senators vs Jets clash on January 23 is just one of many matchups between these two teams. In 2021, they’re playing in the North Division, together with five other teams. What this means is that they’re going to play one another many times this year. In fact, they’ve already played two times so far.

In both previous Senators vs Jets matchups, the team from Ottawa was the underdog. There’s no surprise about that – the Senators are going through a process of rebuilding. There are many new faces in this team’s roster compared to the previous season.

Nevertheless, despite going into the first game against Winnipeg as the underdogs, they put on a pretty good performance. In fact, we saw the Senators having a lead until very late in the game. Wheeler got the equalizer for Winnipeg at 18:43 in the 3rd Period. Then, in the overtime, Ehlers scored for the Jets’ winner.

In their second meeting of the season, the Senators were nowhere near as good. The Jets dominated the game from the very start, going into the 3rd Period with four goals ahead. The Senators scored their only goal of the game just three minutes before the end.

Winnipeg’s Best Game of the Season

The 4-1 victory against Ottawa on Thursday evening was Winnipeg’s best performance of the 2021 NHL season, so far. The Jets did really well defending-wise, especially compared to their previous games.

As a reminder, Winnipeg conceded 3 goals in each of their previous games. However, on Thursday, they let only one in – and it was scored very late in the game when the battle was already won.

With four goals scored, this was their best performance of this still-young season. They did score four goals in two other games, but not in the regulation. Another impressive fact about their performance in this game is that the Jets acted as a collective – the four goals were scored by four different players, namely Ehlers, Scheifele, Lowry, and Wheeler.

After the first Senators vs Jets game of the 2021 NHL season, Ottawa fans had every right to hope for a good result. However, then the second game came and we saw the Jets playing fantastic hockey.

They looked really good on Thursday evening and that performance must’ve given them a major confidence boost for the game happening on Saturday. All of this suggests that we might see an even more dominant win for the Winnipeg franchise.