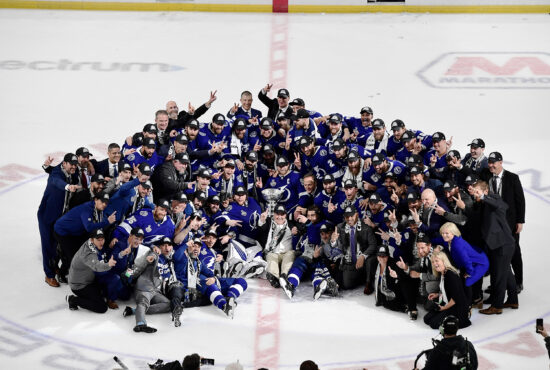 It has been rumored that the NHL are looking to revert back to the original regular season schedule from next season. Changes were made to the 2020-21 schedule due to travel restrictions imposed by the Canadian government, which meant that teams based in the United States weren’t able to travel north of the border during the regular season.

However, with restrictions slowly being lifted, it has been muted by Gary Bettman during a conference call with NHL teams that the plan going forward is to return to the original 82-game regular season from the start of the 2021-22 campaign.

It was also reported that the dates for the new season are already penciled in. It is believed that the regular season for the 2021-22 season will start in October, before the final regular games of the campaign will be played towards the end of April. The playoffs will then get underway in May, before the Stanley Cup playoffs reach their gripping conclusion at the end of June.

The finalized plans will likely be made official after travel restrictions are fully lifted, which could come as soon as a couple of weeks, depending on the vaccination rates in the involved countries. Once the Canadian travel restrictions are lifted, it is likely that the plans will be officially announced. However, there could yet still be more sticking points in the plans. It was also revealed that fully vaccinated players would likely be able to travel for games in both countries without having to isolate or follow any protocols. However, plans are yet to be made regarding the players that aren’t vaccinated.

The NHL season last year was unlike anything that we have seen previously, as wholesale changes were needed due to climate. Organizers revealed that there would be a condensed regular season, which consisted of 56 games during the regular season. Changes to the divisions were also made, with all Canadian teams being included in the North Division. Changes were also made to the post-season, with the Stanley Cup playoffs getting underway at an earlier date in May. Due to the reshuffling of the conferences, it also meant that four teams from each of the divisions were able to reach the playoffs.

However, the latest plans mean that the NHL are reverting to plans that they previously intended to implement. Among the biggest changes for the regular season include the Arizona Coyotes moving to the Central Division. The main reason for that is to welcome the newly formed Seattle Kraken into the Pacific Division for their first season in the NHL. Further changes could be made to the schedule, as it is yet to be decided whether there will be a break in the NHL to accommodate the Winter Olympics next year.