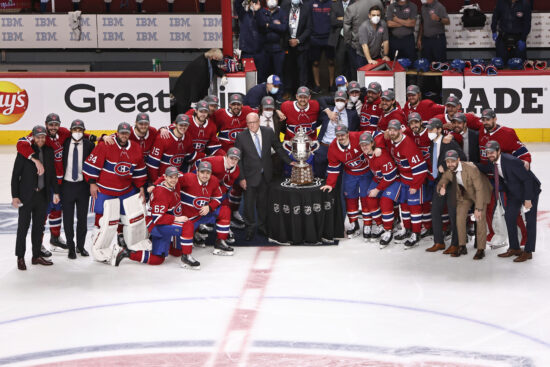 It was a famous run to the Stanley Cup Finals for the Montreal Canadiens in the 2020-21 season. But, their hopes of replicating that brilliant run have been dealt a massive blow this week after it was revealed that Shea Weber would miss the entirety of the 2021-22 season due to multiple injuries.

The Canadiens were a shock team to make the Stanley Cup Finals in 2021, but next season their odds to win the Stanley Cup have drifted since the news. Montreal are now out to +2500 with BetOnline.ag to win the illustrious trophy in 2022. The Colorado Avalanche remain the +550 favorites, while the Vegas Golden Knights and two-time defending champions, the Tampa Bay Lightning, are priced at +675 and +700, respectively.

Weber Out For The Season

The news that Weber would be missing for the entirety of the 2021-22 NHL season was named this week, as Marc Bergevin admitted that Weber was suffering from multiple injury problems.

The general manager also admitted that he was ‘amazed’ by the level that the defenseman was able to play at towards the end of last season, as he was already suffering from the injuries. He admitted that at the time he didn’t know the severity of the injuries, but now admits that he ‘won’t be back next season’.

According to the reports, Weber was playing through excruciating pain throughout the season, and it was a credit to the defenseman that he didn’t kick up a fuss and complain about the injuries that he was playing with. Bergevin also admitted that it would be ‘impossible’ to replace their star defenseman ahead of the new season, but they will be looking for a player that could fill the void as best as they can.

Weber played in all 22 playoff games at the tail-end of last season, recording one goal and five assists in his over 25 minutes of average time spent on the ice. The 35-year-old also played 48 times in the regular season for the Habs, scoring six goals and registered 13 assists.

Career Could Be Over

As well as admitting that Weber’s 2021-22 season is already over, Bergevin also revealed that Habs fans could have seen the star defenseman line-up for the final time as a player.

He admitted that Weber’s career could be over in the NHL, as he stated that he ‘probably’ won’t be back again. That news would be a hammer blow for the Habs, as the captain had another five years remaining on his deal, after signing a 14-year deal when he moved to Montreal from the Nashville Predators in 2016.

Injury problems have been mounting for Weber over the past couple of seasons, as he has missed 94 games in the past four years. He also missed 56 games in the 2017-18 season after suffering a tendon tear.

Knee problems have also been an issue, as he missed more than 20 games in the following season with that issue, before them having ankle and thumb injuries in the past two seasons. Weber has played 1,038 games in the NHL to date, scoring 224 times and registering 365 assists to accumulate 589 points.