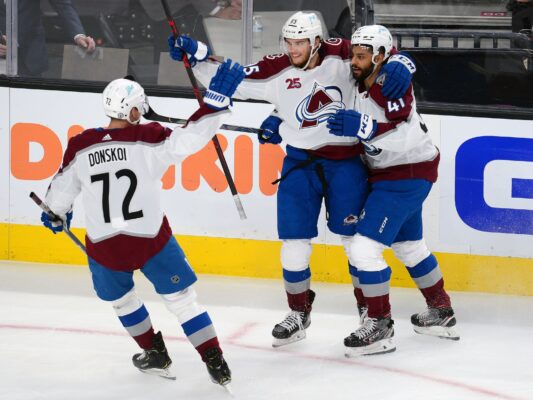 At the start of every season, all franchises in the NHL can dare to dream about winning the Stanley Cup at the conclusion of the campaign. However, only one team is fortunate enough to claim that honor. For the last two seasons, the Tampa Bay Lightning have reigned supreme, but the current odds don’t expect them to make it three in a row.

The Colorado Avalanche has been the favorites to win the 2022 Stanley Cup since the markets opened at the end of the previous season. Colorado enjoyed a fantastic regular campaign in 2020-21, as they were crowned the West Division champions, and also picked up the Presidents’ Trophy. They won 39 of the 56 games that they played. However, their season unrivaled in the post-season, as they were knocked out in the second round by the Vegas Golden Knights.

That would have been a hammer blow for the team, as they had led 2-0 after the first two games. Regardless, they will be hoping for better this season, and have brought in Mikhail Maltsev, Kurtis MacDermid and Darcy Kuemper in trade deals. Meanwhile, Roland McKeown was also brought in on a two-year deal in the free agency.

Some gamblers would be slightly confused to see any other franchise at the top of the betting for the Stanley Cup. Especially given the fact that the Tampa Bay Lightning have won the last two honors. The Lightning started the season slow, as they finished just third in the Central Division. However, their game reached a new level in the playoffs, as they were only forced to game seven on one occasion in the four games that they played.

They beat the Florida Panthers and Carolina Hurricanes in the first two rounds, before edging past the New York Islanders after seven in the semi-finals. The Stanley Cup final itself was routine for the Lightning, as they won 4-1. Their biggest losses in the post-season have come in the departures of Tyler Johnson and Barclay Goodrow, who have joined the Chicago Blackhawks and New York Rangers, respectively.

The Vegas Golden Knights may still be one of the newest NHL franchises, but they have quickly asserted their dominance. They have won two division championships since being formed in 2017, with their most recent coming in 2020. They also won the Conference championship in the 2017-18 season. Last year, they made it through to the semi-finals, before being beaten by surprise packages, the Montreal Canadiens.

The Golden Knights have strengthened in their weakest positions over the post-season, and look more than ready to go again. Winning the Stanley Cup may be a mountain too high, but they will certainly be in contention deep into the playoffs.