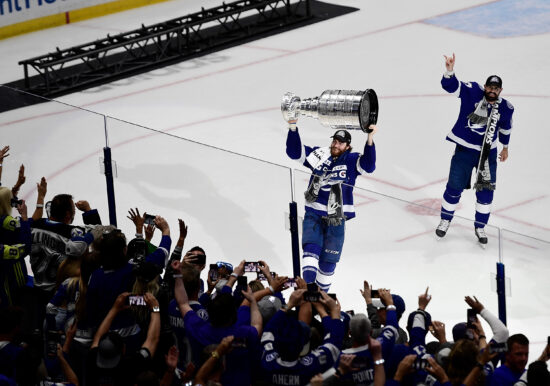 There were exciting scenes in Tampa on Wednesday evening, as the Tampa Bay Lightning wrapped up their second straight Stanley Cup success with a 1-0 home success against the Montreal Canadiens. The victory means the end of the NHL season, as the Lightning moved into a 4-1 advantage.

It wasn’t the most straightforward game for the Lightning, as there was only one goal between the sides in the fifth game of the series. The goal was scored after just seven minutes in the second period by Ross Colton. The rookie fired home early in the game, as the Lightning were able to keep the Canadiens at arm’s length throughout the remainder of the match. The 24-year-old hadn’t played a game in the Stanley Cup playoffs before this season, but has now played 23 times. He has been an integral part of the Lightning roster throughout the post-season, scoring four times and making two assists to add six points.

It was a famous night for the Lightning, as they became the first franchise in four years to claim successive Stanley Cups. The last team to achieve the feat was the Pittsburgh Penguins, who won the second of their honors in 2017. It was a much more familiar atmosphere for the Lightning after winning their second Stanley Cup, as they were able to celebrate with a passionate home support. That wasn’t the case last year, as they were forced to complete their Stanley Cup success inside the NHL bubble in Canada. Because of that, no family members or friends were able to travel north of the border to savor the moment.

Andrei Vasilevskiy continued his excellent performances in the playoffs by making 22 saves in the victory. Meanwhile, Carey Price in the Canadiens net made 29 saves to have a save percentage of .967 in the final game of the series.

That was something that Steven Stamkos alluded to in his speech after that match. He revealed that this win was made more special, as they finally has the opportunity to share the moment with those that care about the franchise as much as the players. Stamkos also admitted that the effort that the team put in was the motivation of celebrating the victory with the fans.

There was certainly a sense of normality about the game on Wednesday evening, as there were 17,000 fans in attendance for the huge game. However, as for the Canadiens, it was so close but yet so far. However, Shea Weber still admitted that the players should be very proud of what they accomplished this season, as they overcame COVID scares and injury problems to mount a surprise run to the Stanley Cup Finals. It was their first appearance this deep in the competition in over 27 years.