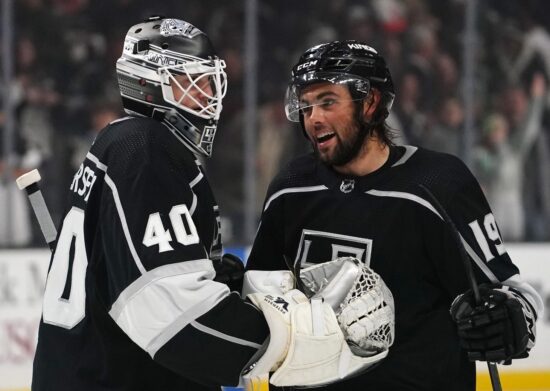 Both the Minnesota Wild and the LA Kings are out to prove they are back to being respected organizations in the NHL after both of them had disappointing ends to their seasons last year.

The Wild made it to the Stanley Cup round robin qualifiers but failed to make it into the playoffs from here after losing all but one of their games.

Meanwhile, the Kings were not even invited to the qualifier which means their team as a whole has not played a game of hockey since March. We will see who shakes off more of the rust in their opening game as LA hosts Minnesota Thursday at 10pm ET.

This team made headlines by trading away what many thought to be cornerstone pieces to their team in Eric Staal and Devan Dubnyk. And this is not to say they were bad team with those players either, they were middle in the pack in goals scored but also gave up the same number, tied for 22nd in the league in that category. Still, this is a team that probably would have made the playoffs if everyone in else in their division wasn’t so good.

Still, the Wild made some additions to their team namely by signing a backup goalie in Cam Talbot who is reliable however and could easily be starting if needed. Also bolstering center ice is Center and long-time veteran Nick Bonino who comes from three seasons playing in Nashville. Now the question is can the Wild actually breakthrough with these acquisitions after deciding that it was time to move on from their old reliable weapons that only led them to average finishes.

As I said, this team missed the qualifying playoffs round robin in the NHL bubble but still ended their season on a winning streak before it got canceled by the pandemic. Now they must build on the momentum set before them by riding Center Anze Kopitar.

This man was the main producer for the Kings last season as he lead the team in not just goals but also points and assists. LA’s counterpart to this offensive fire power has been Defenseman Drew Doughty where he averages the highest amount of ice time per any player for the Kings with nearly 26 minutes a game.

The key for LA will be finding other players to emerge and help this rebuilding process to return their prowess they had over the NHL not too long ago. As many news outlets reported, the Kings weren’t big spenders in the offseason to bolster this roster so they will need to make it work with whatever they have moving forward.

I am going with the home underdogs in this one. I like the continuity of the Kings keeping the remainder of their lines in tact and seeing what they can do at least for the start of the season. The Wild don’t know how their offense will look now in a game yet because of some key people not on the team anymore. Total team experience trumps perhaps better talent in this one.