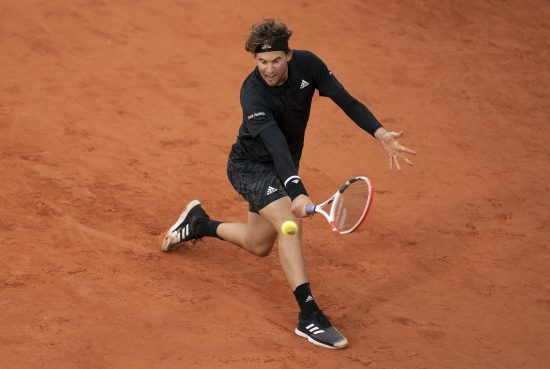 Thiem vs Medvedev is the match that will decide who wins the last ATP Tour tournament of 2020. Neither player has this trophy in the collection, although both came close to winning it in the past. For that reason, you can be sure that both Thiem and Medvedev are going to give their utmost in the final, despite the fact that they’re both probably feeling jaded after the semifinals.

After 2:57 hours of play, Dominic Thiem knocked-out the world #1 Novak Djokovic in the semifinal of the ATP Finals. His opponent in the final of the tournament is going to be the ATP #4 Daniil Medvedev, who played against Rafael Nadal on Saturday evening.

So, who seems closer to winning the Thiem vs Medvedev match? If you ask oddsmakers, Thiem is the favorite, but we believe Medvedev mustn’t be underestimated.

In a 3-hour thriller on Saturday afternoon, Dominic Thiem got himself a win over the world #1 Novak Djokovic. The win is special for a number of reasons, starting with the fact that it’s 300th career win for the Austrian player.

Another reason why Thiem will remember the match is that it booked him a place in the final of the tournament for the second time in a row. In 2019, he was just a step away from winning the ATP Finals title.

The final saw him losing to Stefanos Tsitsipas by 2-1 in sets, two of which were decided by a tiebreak. Speaking of tiebreaks, we also saw two of them in the Thiem vs Djokovic match, which probably made the Austrian very tired.

With some 26 hours for him to rest for the final, Thiem’s fitness might suffer. Still, the fact is that his opponent will have even less time to recover.

Two Big Matches for Medvedev in Less Than 18 Hours

If you thought Thiem was going to be tired, wait to learn about Rafael Nadal. The Russian player qualified for the final after beating Rafael Nadal on Saturday evening, local time. The match in question lasted for 2:38 hours.

What this practically means is that Medvedev is entering the final after having less than 18 hours to rest. Even if he had an easy job against Nadal, he’d still probably feel tired.

With nearly three hours spent on the court in the semifinal, it’s very likely that the Russian player is running on fumes.

Our Thiem vs Medvedev Prediction

Thiem seems to love playing marathon matches; his opponent, not so much. Considering that the Austrian is in a better physical shape and that he’s had more time to rest ahead of the Thiem vs Medvedev game, he definitely seems like the favorite.

Of course, being a final of the last ATP Finals tournament to take place in London, you can be sure both players are going to give their very best to win. In turn, this means that we’re likely to see an entertaining battle inside the O2, probably with three sets in total.