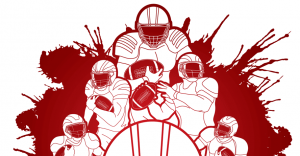 Notre Dame Fighting Irish has blazed through the season so far with 4-0 in the overall record. In fact, ESPN believes that Notre Dame now has a 78.9% probability of winning Saturday’s game which will be broadcast on ABC.

However, Pittsburgh Panthers are not very likely to give up on the game without a fight. They are 3-3 in the overall standing, which is far from ideal, but Pittsburgh has been in a tight spot before as well.

The teams are going to meet at Heinz Field with the Panthers playing hosts. Can they be the first team to stop Notre Dame this season?

Where and When to Watch Notre Dame vs Pittsburgh

Notre Dame is definitely coming hot into the game. The team must have the lowest Points Allowed Per Game ratio at 11.5. Just the same, Notre Dame is easily creaming opponent’s defenses, scoring 33.3 points per game.

With such consistency, it’s hard to see Notre Dame losing anytime soon. Perhaps, they wouldn’t but the Panthers are not to be underestimated. Notre Dame has defeated DUKE, USF, FSU and LOU all this year starting in mid-September.

The game against USF was a particularly painful debacle for the South Florida Bulls who couldn’t score a single point against Notre Dame’s 52 end game score.  Admittedly, the most recent game against Louisville Cardinals was rather modest, but it still saw Notre Dame win 12-7.

Surprisingly, Notre Dame has been doing better as a squad rather than depending on a single player to see it through. The team has quarterback Ian Book who has clocked in 714 passing yards and running back Kyren Williams who brings 486 rushing yards to the table. While Notre Dame clearly has the upper hand in the upcoming game, it is yet to play against the Panthers who may be just a notch more impressive as Notre Dame’s opponents so far. Let’s take a look.

The Panthers have had three somewhat disappointing games so far, suffering defeats at the hands of Miami, Boston College Eagles, and NC State Wolf Pack. The game against BC and NCST were crazy close, though, with the team losing by one point in each game. In the game against Miami, though, the Panthers lacked their top man, quarterback Kenny Pickett.

On average, Pittsburgh scores 29.5 points per game, which is not too bad, but where the big difference with Notre Dame comes is in Points Allowed Per Game – 20.3 against Notre Dame’s 11.5.

Yet, there may be something in the fabric of the team to allow Panthers to end Notre Dame’s streak. Clearly, the Fighting Irish are relying on their running back, a strategy that could easily backfire with Pickett already clocking 1,389 passing yards.

True, the overall defense in the Panthers’ team may not be too good, but Damar Hamlin DB already has 35 tackles. Jordan Addison is playing a good game with his 444 receiving yards as a wide receiver.

In other words, the Panthers may yet strike with a strategy that allows them to pull ahead and catch the Notre Dame’s unawares.

Betting on Pittsburgh here will have the greater value and it will definitely invite an almost impossible risk. Yet, we will pin our hopes on the Panthers’ unique play style.