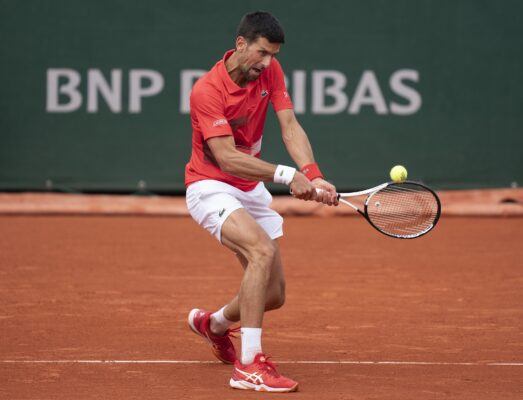 If you take a look at the Vegas odds for the 2022 French Open, you’ll see that Novak Djokovic is the #1 favorite to win the trophy. The reigning champ, however, has a very difficult task on his hands in the quarterfinal – on Tuesday, May 31, Djokovic is facing off with Rafael Nadal.

It wouldn’t be an overstatement to call Tuesday’s Djokovic vs Nadal match the hottest clash of the tournament. After all, these two players are the main rivals in the race for the tennis GOAT stats as they have 41 Grand Slam titles between them. Nadal currently has one title more, with 13 of his 21 Grand Slams happening at Stade Roland Garros.

Meanwhile, Djokovic has two French Open titles in his collection, including the one he won last year. What’s interesting is that on the road to the 2021 title, Djokovic defeated Nadal 3-1. That was the last time they met. Almost a year later, the two lock horns again – who will win this time?

When the early 2022 French Open odds were released, Rafael Nadal was the main favorite. The explanation is that at the time, he was playing superb tennis. We saw the Spaniard go 20-0 at the start of the year before picking up a rib injury at Indian Wells.

The injury forced him to stay off the court for nearly two months. He made his comeback at ATP Madrid but got knocked out in the third round. Next, he went to the Italian capital to take part in the ATP Rome. Even though he was the favorite to win the tournament, Nadal’s journey ended in Round 2.

He didn’t do well in the two tournaments leading to the French Open, but since coming to France, he’s been great. So far, he’s won four matches, dropping just two sets along the way. The bad news for him is that Djokovic has been even better – Novak has won all of his matches 3-0.

Same as Nadal, Djokovic too had to spend several weeks off the court. In his case, it wasn’t because of an injury. Instead, he had to miss several tournaments on the grounds of not being vaccinated. In fact, the first big event he took part in was the Madrid Open in early May, where he was stopped by Carlos Alcaraz in the semifinal.

Next came ATP Rome where Djokovic got ahold of the trophy without losing a single set. A week later, his 2022 French Open campaign started. He started in top gear, winning all four matches in straight sets. It sure is impressive but there is a caveat – Djokovic still hasn’t played against an opponent from the ATP Top 10.

Everything seems to be going in Novak’s favor right now. He’s in superb form right now, with plenty of motivation to do well at the 2022 French Open. By “well” we mean to win the trophy, which would be his 21st Grand Slam.

Of course, caution is always concerned when betting against Rafael Nadal. The Spanish legend has made oddsmakers look silly on numerous occasions. Just think of the Austral Open final in January when he was seen as a +170 underdog against Daniil Medvedev. His Vegas odds lengthened much more at one point in the match – when he was 2-0 down – but then he turned the game around winning 3-2.

Odds are once again against him, but we wouldn’t be surprised if he gave Djokovic a run for his money. Nadal might not necessarily win on Tuesday, but he sure has what it takes to take the match to four or five sets.