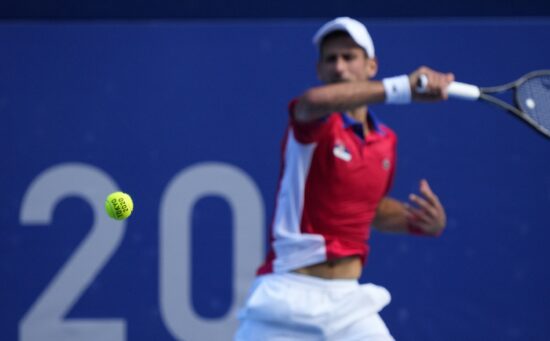 Novak Djokovic won’t play any official tennis matches before the US Open. The Serbian revealed that after the Toronto Masters, he wouldn’t appear at Western and Southern Open in Cincinnati as well.

Djokovic Recovering From the Olympic Crash

Novak went to Tokyo as the absolute favorite for winning the gold medal but eventually left the Japanese capital heavily disappointed. Not only did he fail to win the tournament, but he finished it without any trophies at all. Djokovic had solid chances to pick up some silverware in the mixed doubles with Nina Stojanovic, too, with whom he reached the semis.

After crashing against Alexander Zverev in the semifinals, everything went wrong for the Serb, who then lost against the Russian mixed double, and in the end vs. Pablo Carreno Busta in the bronze medal match. Djokovic didn’t even play the mixed doubles third-place contest, citing shoulder injury as the reason for his withdrawal.

Novak immediately stated that he wouldn’t play in Toronto, leaving Cinci as the only prep tournament for the US Open. However, late last night, he notified the public about his decision to miss the Western & Southern Open and fully heal before the final Grand Slam of the year.

Djokovic has a chance to become the first player since Rod Laver in 1969 to hold all four Grand Slams in one calendar year.

The Canadian Masters drew almost all the big names in the men’s competition, with the exception of Novak and the Olympic champion, Alexander Zverev. Other top players are already in Toronto, ready to take on the rivals and erase the negative experience in Tokyo. The Olympic tennis tournament was, according to the players and their impressions, very poorly organized.

According to the bookies, Daniil Medvedev is the biggest favorite for the title in Toronto, who set the odds on his triumph at +250. The 20-time Grand Slam champion, Rafael Nadal, comes next +380, while the young Greek, Stefanos Tsitsipas, sits third, +400.

These three stand far ahead of the competition, with all the other participants having much slimmer prospects for capturing the title. Andrey Rublev is +700, Denis Shapovalov, the home favorite, +1100, and Jannick Sinner, +2000. Another Canadian player, Felix Auger Aliassime, is +3300.

Even though Djokovic makes a big pause, the analysts still see him as a massive favorite for winning the title at Flushing Meadows. The same situation is with the bookmakers.

Serbian is -120 to win his second US Open, while the next player on the list, Medvedev, is +400, and that tells you how big of a gap is between Novak and the rest of the competition. Rafael Nadal is +650. This tournament holds a big significance for the Spaniard because if Novak wins in New York, he will become the guy with the most Grand Slam titles, leaving Roger and Rafa behind him on the all-time list.