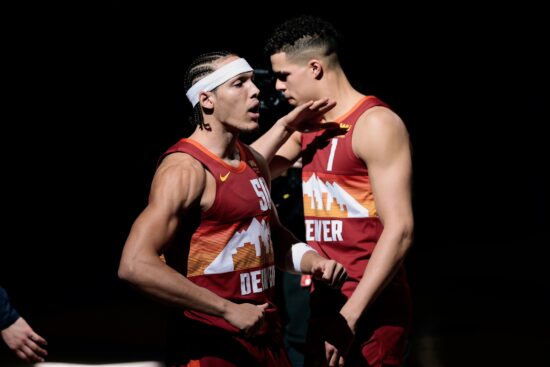 The Nuggets decided to keep Aaron Gordon beyond his current deal, signing a four-year extension with the strong forward.

On the other side, John Wall will leave the Houston Rockets, meaning that the franchise from Texas plans to enter a full rebuild during this season.

The Nuggets and the former All-Star Slam Dunk champion worked out a deal that will keep him in Colorado until 2026, with a player option in that last season.

According to various sources, Gordon will get $92 million, $88 guaranteed, and $4 million in incentives.

The former No.4 pick from the 2014 NBA Draft arrived in Denver during the previous campaign, in a trade that saw Gary Harris, RJ Hampton, and the 2025 protected first-round pick. In 25 regular-season games for the franchise from Colorado, he averaged 12.4 points and 5.7 boards.

The 26-year old spent seven seasons in the NBA, playing 453 games and averaging 12.7 points with 6.3 boards. He will present a big boost for the Nuggets in the future, especially on the defensive side, and will help Nikola Jokic control the glass on both ends of the floor.

Denver lost in the second round of the Western Conference playoffs this year. The Phoenix Suns swept the Nuggets in four games, exposing many weaknesses of Mike Malone’s crew. We need to mention that Jamal Murray missed a huge part of the season due to his knee injury.

The Nuggets have the ambition to attack the title, but they are not among the top contenders for now. Their odds on winning the Larry O’Brien trophy are +2000 and are far behind the Brooklyn Nets, who are +225, and the Lakers with +250.

The main news in the NBA yesterday was that John Wall and the Houston Rockets plan on working out a trade that would see the former No.1 pick changing his team.

Houston’s decision means that they plan to enter a rebuild and move on with youngsters Jalen Green, this year’s second pick from the NBA Draft, Kevin Porter Jr., and Christian Wood.

Wall arrived at the Rockets in a big deal that saw Russell Westbrook heading in the opposite direction. Houston had a very turbulent campaign last year, finishing at the league’s bottom, but Wall didn’t request a trade during the season, nor did he avoid fulfilling his commitment towards the team.

It is the main reason why the Rockets’ management wants to help the player find a suitable destination and move on with his career.

As for the Rockets, they will keep on creating their team and add a few more pieces during the summer. Per bookies, they are one of the worst teams in the league, and the line for the total number of wins this season is set at 26.5.