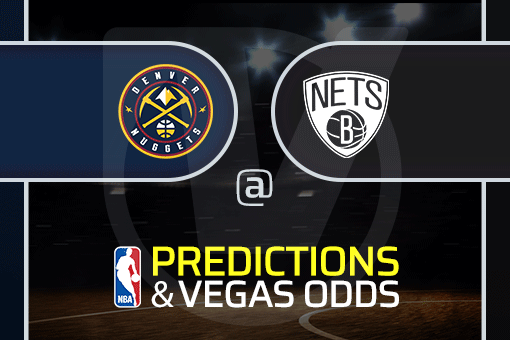 There isn’t too much time for both the Nuggets and the Nets to rest following their last night’s respective events. The NBA rhythm is cruel, and only the fittest survive. This matchup is the makeup for the one supposed to take place on December 19.

Denver comes into this matchup banged up, but with unreal Nikola Jokic, who is arguable the best player in the league once again. As for the Nets, they have lots of injured players as well, with the atmosphere in the locker room falling apart.

The reigning NBA MVP and the biggest favorite for this year’s honors showed why people considered him a one-of-a-kind player last night. Don’t get us wrong, the Pistons can’t be used as a true measure for one’s quality, but still, 28 points, 21 boards, and nine assists in 34 minutes…sheesh..

Jokic isn’t receiving enough love from the media, and we’ve talked about that too many times to explain it again. But do know that the Nuggets (who are banged up pretty badly) would be at the bottom of the conference without him.

In a 110-105 victory over the Pistons, the Joker had help from Jeff Green, who scored 20 points, and Aaron Gordon with 16. Boogie Cousins played 14 minutes, scoring four buckets and having seven boards.

Kevin Durant is injured, Kyrie isn’t backing down with his egoistic behavior, and James Harden is under tremendous pressure from all sides. That is why we see the Nets slowly melting down. The LA Lakers easily dispatched Steve Nash’s crew last night, 106-96, who surely didn’t look like the favorite for the NBA title.

Harden scored 33 points, had 12 boards and 11 assists, posting a triple-double. But that wasn’t enough because there was no help from other teammates. Patty Mills had 15 points and DeAndre Bembry scored 12.

The Beard is allegedly already discussing terms with the 76ers for the next season, and we also saw him furious with Kyrie in their last road game. When you mix all these things going on in Brooklyn, you’ll get a perfect recipe for disaster.

The Nuggets and the Nets didn’t clash since the start of this season. In the previous one, we saw the Nets beating in both matchups, the one at Barclays, 122-116, and the other in Denver, 125-119.

Even though the bookmakers favor the hosts, and the Nuggets had less time to recover because of traveling from Detroit to NY, we predict their victory. Jokic will tear apart the Nets, who don’t have any worthy opponent under the rim, plus, their chemistry is much better than the Nets’.