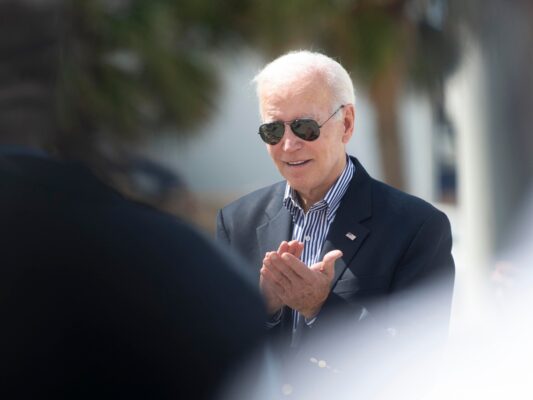 President Biden blamed Donald Trump and Vladimir Putin for the high U.S. gas prices this Spring, but then took credit when the costs per gallon started to drop this Summer. It will be interesting to see Biden’s stance as prices seem to be on the rise yet again.

It’s not a great time for Democrats to have rising U.S. gas prices, with the Midterm elections coming up on November 8th. With all of the rising food costs, not having to pay $5 per gallon of gas was a small relief for many Americans. Now with food prices staying high, gas on the rise again, and the added costs of having to heat homes during the upcoming Winter many U.S. citizens are starting to get legitimately worried about the next couple of months.

Of course, U.S. gas prices may be the least of our problems with a nuclear war more of a reality than at any time since the Cuban Missile Crises. Maybe it was always the case, but it seems like the whole world is against America, as Putin is not happy and OPEC+ has announced a drop in production to get oil prices back up. Three months ago oil was around $120 per barrel, but it has been down to $80 which has a lot of oil tycoons feeling the pinch apparently.

SEE ALSO: U.S. Senate up for grabs at Midterm elections

Like anything, there are Vegas odds available on where the gallon of national gas average will fall in October. That number was $2.33 when Biden took office in January of 2021 and has seen a spike as high as $4.93 in June of 2022. The September 2022 national average was $3.70, but there look to be some dark days ahead in October.