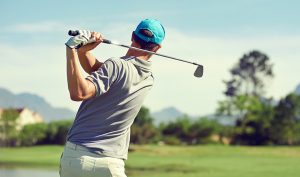 Following the showdown at the US Open on Sunday, the 2020 Corales Puntacana Resort & Club Championship is coming next as the event to look forward in the world of golf. Scheduled for Thursday, September 24, there are only hours left to the event and the opportunities to place a value bet are many.

Quite a few US Open top-dogs have decided to give the event a wide berth as they recover unwind, meaning we have a field of competitors that can offer plenty of surprises. The course is not without its history, as it will be hosting the 3rd edition of the event. Last year, we saw Graeme McDowell win, but the defending champion won’t be attending this year, opening up the field for so many talented players instead.

Everyone is an Underdog at Corales Puntacana

With the field of contestants somewhat motley, there is a bunch of unknowns as to who may be the next winner. Mackenzie Hughes is definitely a good pick, even though he is posted fourth in the table with (+1600). Yet, his plays this season have been reassuring enough to vote him some confidence from bettors.

He did well in both the Honda Championship where he nearly clinched the title and managed a T-3 finish in the Travelers Championship. Other noteworthy performances were his Tour Championship and BMW Championship, but he didn’t qualify for East Lake.

The Canadian was also the runner-up to the Corales Puntacana in 2019. Hughes is packing a lot of fire and he is definitely a worthwhile choice.

Will Zalatoris Tipped to Win

There is a good reason why young Will Zalatoris is slated to win the upcoming 2020 PGA Tour Corales Puntacana Resort & Club Championship. While his age may be a little of a disadvantage, the young player he has a great result so far this year.

He won the TPC Colorado Championship at Heron Lakes and finished T2 at Evans Scholars Invitational. He further secured a T3 at The King & Bear Classic at World Golf Village and has had ten Top 10 finishes this year.

That is a significant improvement from his 2019 season performance. While Zalatoris packs a lot of potential, we are not quite sure if he will have what it takes to bring this one home as well.

Meanwhile, you may potentially look into Corey Conners even though his stats is only beginning to shape up. In fact, there are a lot of unknowns about Conners and it’s a bit surprising why he is posted at (+1400). However, we doubt that Corey has what it takes to win this one, so we would avoid betting on him altogether.