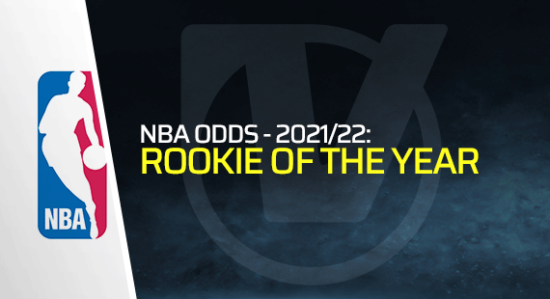 This class didn’t have some megastars like some of the previous ones, but it is, per various analysts and commentators, the deepest in the last couple of years. Some of the players who weren’t among the lottery selections could have a massive or even a game-changing impact on their new team.

We are here to present the odds for winning the Rookie of the Year award and tell our opinion on the outcome of this interesting race.

Cunningham on Top, But All Eyes on Suggs

The top pick and the Detroit Pistons’ new leader, Cade Cunningham, is the joint favorite to win the ROY award. The odds on the athletic guard are +275, and everyone believes that he has a slight edge over Houston’s Jalen Green who is set at the same price.

In our opinion, that is wrong because Cunningham has more space to show his skills, while on the other side, Green will have to share the ball often with John Wall and the rest of the deep Rockets’ backcourt.

Jalen Suggs is the guys everyone talks about. Per scouts, he is the complete player in this class, and the one who will immediately start making a difference. The former Gonzaga Bulldogs’ star showed that on his Summer League debut against the Golden State Warriors, scoring 24 points with nine boards and three blocks in 28 minutes.

He will have a nice environment to show talent. Orlando is in a rebuild, but overall, the franchise from Florida looks much healthier than other teams in such a situation. He will have one more rookie besides him; the No.7 pick, Franz Wagner, a small forward coming from Michigan.

Suggs will probably be the immediate first option in the attack, and he could easily take the accolades at the end of the year, particularly if Orlando posts better results than Detroit, which is highly realistic.

Before we reach the Turkish international, we need to say that between Suggs and him are Cleveland’s center, Evan Mobley, +1000, and Toronto’s Scottie Barnes, +1400.

Unlike Green, Sengun’s situation in Houston is very promising, because the franchise from the Toyota Center doesn’t have too many tall players. Also, the style of play will suit this youngster, whose primary strength comes on the offensive side of the court. His attacking skillset is superb, and the odds on him to win the ROY award (+1400) look tempting if you want to try one long shot.

Another guy who comes overseas, Josh Giddey (+2800), attracted our attention while looking at the potential ROY winners list. The 18-year old point guard came from Australia and was the sixth overall pick this year. His incredible creativity and the way he feels the game have made him one of the biggest prospects in the world. Although he probably won’t win the ROY, keep an eye on him because we just might see a new Steve Nash.

We are all in on Suggs, who is the most dominant player in this group of guys. Even though many believe that his ceiling is lower than Cunningham’s, in this configuration and circumstances, the Magic’s guard will create a bigger impact on the team’s results, and play better against the big dogs.