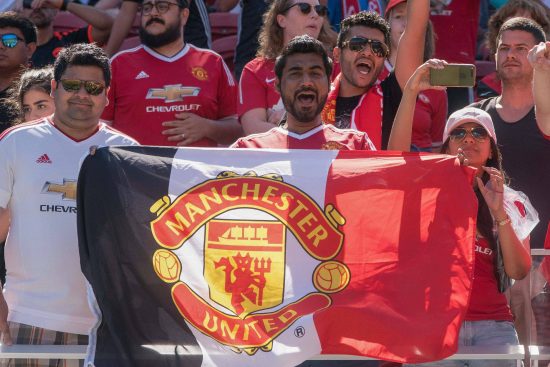 Ole Gunnar Solskajer’s stint in Manchester is over after three years. United and the legend of the club ended their partnership today.

Many names are in option take over the three-time European champions, and for the moment, Brendan Rodgers is topping the candidates’ list.

The affair between the United’s fans and Solskajer started furiously, when he replaced Jose Mourinho, immediately making a few miraculous results. The biggest one was eliminating PSG from the UEFA Champions League in Paris despite the deficit from the first leg.

Up until he lost the “interim” prefix, Solskajer was leading United superbly, posting wins and stunning the rivals. However, everything changed once he became a permanent manager. That was when the Red Devils’ struggles began.

Ole couldn’t win a single trophy in three years, even though he had certain chances, the best one this summer in the Europa League finals. United lost to Villarreal after a wild penalty shootout, but Solskjaer survived even that.

However, after a recent negative stretch that culminated with a terrible loss against Watford, 4-1, the board decided it was time for their former player, who brought so many titles while playing, to leave the managerial post.

The bookmakers have released the odds for United’s next manager. Brendan Rodgers apparently has the best prospects, with the former Liverpool, Celtic, and now Leicester boss sitting at +250 to take over the Red Devils.

Rodgers won the FA Cup and the Community Shield with Leicester this year, and before that, seven trophies with Celtic. Previously, Rodgers was very close to winning the EPL title with Liverpool in 2014.

Michael Carrick, who will be the interim manager, is at +450 to get the permanent contract, but at this point, many believe that this won’t happen. The board isn’t willing to experiment with inexperienced managers, demanding names that already proved themselves by winning some silverware.

Ajax’s Erik ten Hag is also on the list +500, and for the moment, he might be the logical solution. ten Hag plays very appealing football, fast, energetic, and offensive-minded. Manchester United has a perfect roster for such a playing style, and it wouldn’t be odd to see the Dutchman taking over the wheel at Old Trafford.

Certain insiders claim that Cristiano Ronaldo wants Luis Enrique in charge, while others mention Zinedine Zidane. The French legend was already in the mix this summer, but the deal didn’t go through. Ronaldo had a wonderful experience with Zidane in Real Madrid, and he isn’t the only one who would love to see the Gaul in Manchester.

United has several French internationals, most notably, Varane, who played under Zidane, Pogba, Martial, etc, and they too want their countryman to strike a deal.

The odds on Zidane’s arrival are +550, which is pretty high according to some pundits.