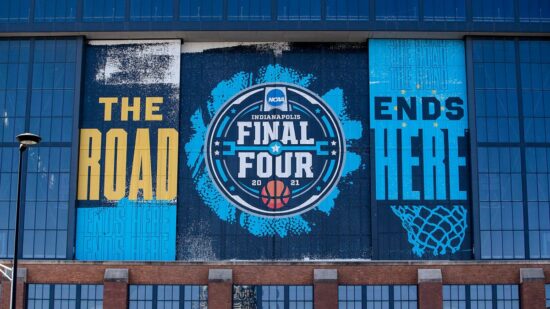 Now that we have reached the Sweet 16, it is time to take a look at the updated odds to win the NCAA Tournament. These odds will continue to be adjusted, right up until tip-off in the title game.

The Gonzaga Bulldogs and the Baylor Bears have been the betting favorites all season long, and both teams looked impressive in the first two games. Gonzaga is the clear favorite at +160, and that roster is the best in the country.

Gonzaga has never won a National Championship, but this is the best team that Mark Few has ever had. Standing in their way is Baylor, and this team has looked sharp so far in the NCAA Tournament.

Baylor has dealt with plenty of adversity throughout the season, but they have the talent to be able to compete with the Bulldogs. If these two teams meet in the title game, it could be an instant classic.

If you aren’t sold on either Gonzaga or Baylor winning the National Championship, then you should probably focus on teams from this group. Michigan is the only other number 1 seed remaining, and they have put together a terrific season.

Houston and Alabama are a pair of number two seeds that could do some damage, and each team can really score. The Loyola Chicago Ramblers just upset the Illinois Fighting Illini in the Second Round, and that game wasn’t even close.

Even though there are two pretty clear favorites when it comes to winning the NCAA Tournament, you could make a case for any of these teams winning four more games.

If you are looking to take a big risk and bet on some heavy underdogs, then focus on the five teams from this group. Three Pac-12 teams and a pair of Big East teams highlight this group of underdogs.

The Villanova Wildcats really stand out from this group, as most sportsbooks don’t believe they have what it takes to win it all without their best player. The other four teams on this list have been dominant so far in the tournament, and each team can really score.

The Oral Roberts Golden Eagles are just the second number 15 seed to ever reach the Sweet 16, but the odds are heavily against them from this point forward. Syracuse and Oregon State have looked extremely impressive through two rounds, but now the real work begins.

Below is the original article before the odds were updated

Sportsbooks have also unveiled their odds to win 2021 March Madness, and those odds have been broken down for you based on where teams are seeded in the field.

The four number 1 seeds have the best odds to win March Madness, and this is the case every single year. What is a bit different this time around is that the Gonzaga Bulldogs are the clear betting favorites at +200.

Baylor was right with Gonzaga up until the last two weeks, but it now appears that the Bulldogs have separated themselves from the rest of the pack. Big Ten foes Illinois and Michigan are the other number 1 seeds, and they have what it takes to cut down the nets.

The four number two seeds have the next best betting odds to win the title, but things get a bit scattered from there. Sportsbooks like a trio of number four seeds to challenge for the title, but that would require them to knock off a number 1 seed in the Sweet 16.

You will see plenty of big schools and Blue-Blood programs in this group, and it wouldn’t be a major surprise to see one of them win the title.

The UConn Huskies at +3200 are receiving the best odds to win the NCAA Championship in teams seeded 5-8. These teams would all have to pull off a number of upsets in order to get it done, but it’s not unheard of for this to take place.

Best of the Rest

The Wisconsin Badgers, as a number nine seed, are actually receiving very solid odds to win the NCAA Tournament, being listed well above some lower seeds. Things drop off pretty fast after that, with Georgia Tech and Maryland at +8000 being next on this list.

Any team not listed above is at +11000 or higher to win the NCAA Tournament.