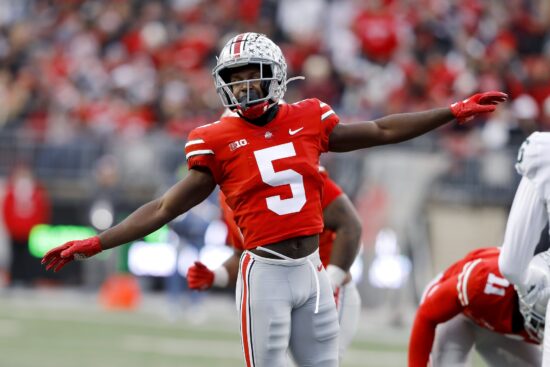 Ohio State has their second straight game against an opponent in the top ten. Michigan is hoping for quite the opposite of what Ohio State did last week. Ohio State, facing Michigan State last week, put up 56 points while only allowing seven. Michigan also put up 50+ points last week, but against a much less formidable opponent in Maryland. Which offense will come out on top in this matchup?

Can Anyone Stop The Ohio State Offense?

The Ohio State offense is putting up 47.2 points per game on 559.5 total yards per game. Those 559.5 total yards break down to 362.3 passing yards and 197.3 rushing yards per game. The Ohio State offense is led by the leading Heisman Trophy candidate, and their freshman quarterback, CJ Stroud. Stroud has completed 246 of 346 passes for 3,468 yards while throwing thirty-six touchdowns with just five interceptions. The complement the passing game, the Buckeyes look to their freshman running back, Treveyon Henderson. Henderson has rushed for 1,098 yards on 150 attempts and has found the endzone fourteen times.

The Michigan Wolverines, after losing to Michigan State on October 30, have dominated their opponents, outscoring them by a score of 109-45. The Wolverines look to continue that trend when they host possibly the hottest offense in the nation in Ohio State.

The Wolverines’ offense is putting up 36.9 points per game on 447.9 total yards per game. Those 447.9 total yards break down to 229.5 passing yards and 218.4 rushing yards per game. The Wolverines offense is led by their junior quarterback Cade McNamara. McNamara has completed 170 of 265 pass attempts for 2,142 while throwing fourteen touchdown passes with just two interceptions. To complement the passing attack, the Wolverines turn to their senior running back, Hassan Haskins. Haskins has rushed for 1,063 yards on 216 attempts and has found the endzone thirteen times.

How can you go against a team that is averaging so many points and yards per game? Look for the Buckeyes to continue their dominance, and prepare for the Big Ten Championship game against either Wisconsin or Iowa.