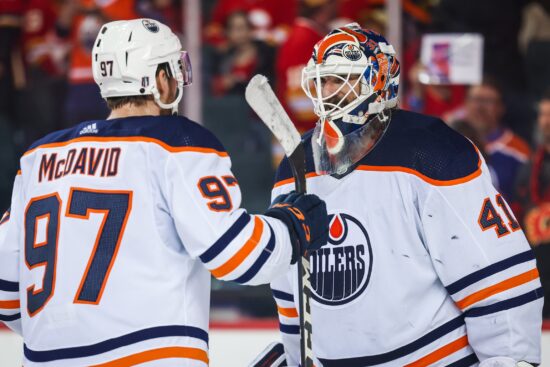 If you’re looking for the latest Oilers vs Blackhawks prediction and odds, then look no further than Vegas Odds.

It has been a miserable month or so for the Chicago Blackhawks, and they will come into this fixture at the United Center looking to end a run of seven straight defeats. Meanwhile, the Edmonton Oilers will be looking to continue their excellent run and pick up a third successive victory.

It has been an extremely disappointing couple of months in the NHL for the Chicago Blackhawks, as their positive start to the campaign has quickly ended. The Blackhawks come into this home fixture having gone 6-11-4 in the NHL this term, and they have lost their previous seven games. No team in the Central Division has conceded more goals than Chicago this term, while they also have the worst attacking record in the Western Conference.

The Blackhawks have picked up just one win in their previous ten games, and have lost seven times in regulation during that period. Chicago was well beaten in their previous fixture, as they were hammered 7-2 by the Winnipeg Jets at United Center earlier this week.

It hasn’t been all doom and gloom for the Edmonton Oilers, as they come into this fixture sitting seventh in the Western Conference standings. The Oilers have won five of their previous ten games, losing the same number of games in regulation during that period. However, their look to be a team playing at the top of their game at present, having won their previous two.

Their most recent win was picked up in dramatic fashion earlier this week, as they beat the Florida Panthers 4-3 after overtime. Tyson Barrie, Leon Draisaitl, Brett Kulak, and Evan Bouchard all scored in that win.

The Blackhawks have been in miserable form over recent weeks, and it’s hard to see that run coming to an end against an Oilers side playing at the top of their game. The preference would be for the away side at the United Center on Wednesday.