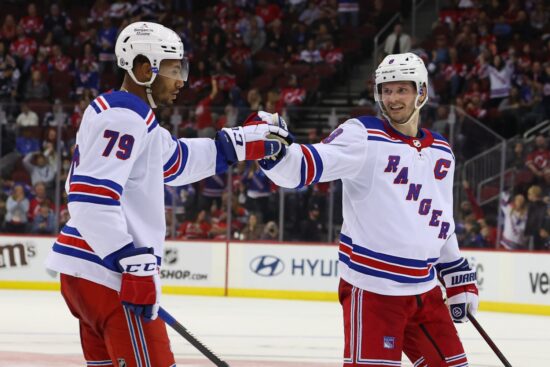 If you’re looking for the latest Oilers vs Rangers prediction and odds, then look no further than Vegas Odds.

The New York Rangers and Edmonton Oilers will both be looking to get back on track in the NHL this weekend. Both sides lost their previous games, and the Rangers will have home advantage as they look to get back in touch with the top teams in the Eastern Conference.

It has been a pretty strange start to the season for the New York Rangers, as they have shown glimpses of their very best form. However, they have also delivered some performances that would make fans question whether they will even make the playoffs. To this point, they have gone 10-7-4 in the NHL, which is hardly the consistency needed to finish in the playoff positions in a competitive Eastern Conference.

New York comes into this fixture looking to bounce back from a recent defeat, as they lost away from home against the Anaheim Ducks on Wednesday evening. The Rangers fell to a 3-2 defeat on that night, with Barclay Goodrow and Braden Schneider scoring the goals in the game.

Meanwhile, the Edmonton Oilers will also be looking to get back on the right path, as they have been very disappointing over their previous ten games. During that period, they have won just three times, and they have suffered seven defeats in regulation time. That run of form sees them sit fifth in the Pacific Division.

The Oilers come into this game on the road, having suffered defeats in their previous two games. The latest of those came on the road against the New York Islanders, losing 3-0. A response will be needed following that disappointing outing.

The Oilers have really struggled on the road this season, which means that the preference will be for the Rangers to get back to winning ways at Madison Square Garden this weekend.