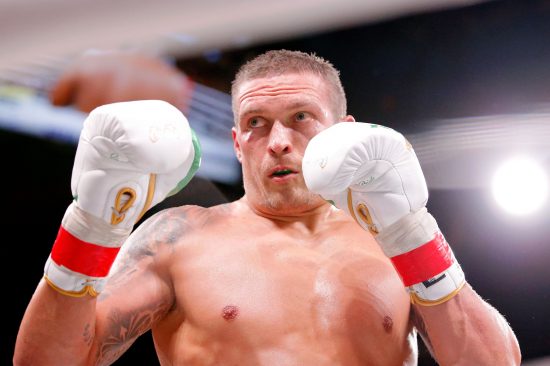 How To Watch: PPV

Oleksandr Usyk showcased his dominance in the ring throughout his cruiserweight career, and when he decided to step up into the heavyweight division there was huge excitement. The Ukrainian is one of the best pound-for-pound fighters on the planet, and there are no shortage of exciting match-ups that can be made if he can replicate his form in the division. He is already breathing down the neck of reigning champion Anthony Joshua, and could be next in line for a title opportunity after the potential unification bouts are set between Joshua and Tyson Fury.

Usyk made his heavyweight bow over 12 months ago against Chazz Witherspoon, as he beat the American in the seventh round by RTD. This continued his excellent professional record that now stands at 17-0. Usyk has largely gone under the radar throughout his career, but his victory against Tony Bellew back in 2018 ensured that his skill gained international respect. Bellew was knocked out in the eighth round of that bout, and the Brit has already warned Chisora that Usyk is one of the best fighters in the world.

Dereck Chisora has shared the ring with some of the biggest names in boxing. He has been beaten by Tyson Fury, Vitali Klitschko and David Haye throughout his career. Chisora has become a main player in the heavyweight scene since his wars against Dillian Whyte in 2016 and 2018. Both fights were won by Whyte, but over the past year, Chisora has been able to rediscover his best form in the ring.

The British fighter as won his last three, with the most recent of those coming against David Price by TKO in the fourth round. He has won both of his last two fights by KO or TKO, but to achieve that finish against Usyk would seem improbable. Although, Chisora has only been beaten by KO on three occasions throughout his career, which means that there could be a huge challenge ahead for the Ukrainian.

This will be another huge fight in the career of Usyk, as he looks to put down a marker for the next 12 months. There is no doubting the ability of the Ukrainian, and this could be the night that he finally arrives in the heavyweight division. We expect to see the Ukrainian win by TKO or KO, and make an emphatic statement.