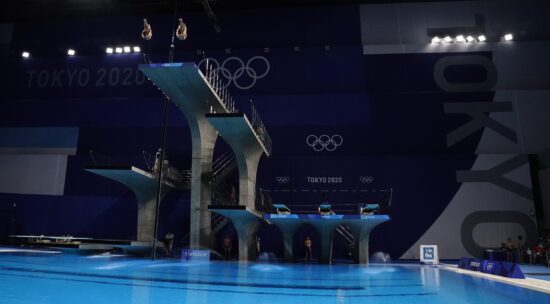 One of the final events for divers at the Olympic Games this summer comes in the form of the men’s individual 10m platform event. It is an event that has been a competitive one over the course of the last three Olympics, with no repeat winner. Chen Aisen won gold for China in Rio five years ago, while USA’s David Boudia won the top prize back in London. But, which athlete could be best placed to win gold this year in Tokyo?

Yang Jian will lead the betting for the 10m diving event, as the Chinese star is the reigning world champion. The 27-year-old won gold at the World Championships two years ago, which was part of his double-gold medal haul at the event.

He also won a bronze medal at the World Championships two years earlier, as he finished behind British star Tom Daley. China have been in excellent form in the diving events, as they have already won five golds and three silvers across eight men’s and women’s events.

Cao Yuan has already had a taste of diving at the Olympics this summer, as he picked up silver alongside teammate Chen Aisen in the synchronized event last week. The 26-year-old is among the most experienced divers involved in the event this week, as he has won ten gold medals throughout his career.

He has already won two golds at the Olympics, with those coming in the 10m synchronized and 3m springboard events. However, he has never won an individual medal at the Olympics, Diving World Cup or World Championships in this event.

There may not be a more popular gold medal winner in this event than Tom Daley. It would be a perfect way to bring his Olympic story to an end, after making his debut at the Games back in 2008. Since then, he has won two bronzes at the Games, which included a third in this event at London.

He finally ended his wait for a long-awaited gold at the Olympics last week with success in the 10m synchronized event. However, this could be an excellent opportunity to grab a quickfire second. He has won two World Championship golds in this event, as well as three European titles and two Commonwealth top prizes.

Who will win the men’s individual 10m diving title in Tokyo:

The betting would highlight that this is an incredibly competitive event taking place in Tokyo. However, we would be willing to take a chance on the romantic pick, as there is certainly a sense that fate could play a part. Daley could be destined to end the summer with two Olympic golds, and he would be an incredibly popular recipient of the gold.