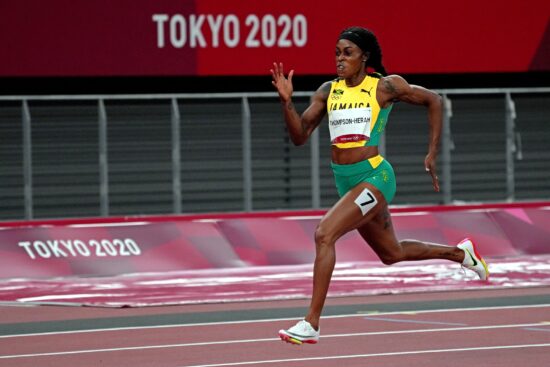 It has been a high-adrenaline couple of weeks on the tracks, but the sprint events at the Tokyo Olympic Games will come to a close over the weekend with the men’s and women’s 4x100m relays set to take place. Jamaica are clearly the team to beat in both events, but could we see a potential shock?

One of the most exciting men’s events at the Olympics will take place on the track in the form of the 4x100m relay. Despite Jamaica coming into the event without Usain Bolt, they remain the clear favorites at the top of the betting. The Jamaicans have dominated this event in the past two Olympic Games.

Their case can be made even stronger by the absence of the American team, who were very disappointing in their heat. The reigning world champions in the event could only finish sixth in their event, as they were beaten to places in the final by Ghana, Germany, Italy, Canada and China.

Jamaica’s chances are good after winning their heat in a time of 38.82, which was the quickest winning time of all the teams. Lamont Jacobs will be looking to end a memorable Olympics with a second gold, but Italy’s chances are fairly small. Team GB finished behind Jamaica in their heat but should be in a strong position to challenge for a medal.

One of the stars of the games to this point has been Andre De Grasse, who claimed a memorable 200m success earlier in the week. He was very impressive on the final leg as Canada qualified from their heat, and we make them our pick to win the gold in the relay.

The women’s 4x100m relay looks a much more straightforward proposition. The United States have won the gold medal at the last two Olympic Games, but they will be coming up against a supremely talented Jamaican team in the final of the event.

The medal places look set to be what they were in the first heat of the relays, but the order may change. In the heat, Team GB won in a British record time of 41.55, which also saw the welcome return of Dina Asher-Smith. The British team could be eyeing a silver, but they will likely need to go slightly quicker.

There is no denying that Jamaica are the pick to win the gold. Shelly-Ann Fraser-Pryce and double-double Olympic champion Elaine Thompson-Herah will be among the stars in their team. It will be the perfect end to the Games for Thompson-Herah, who has already reigned supreme in dominant fashion in both the 100m and 200m individual events. A mishap in the handovers looks to be the only thing standing in Jamaica’s way of winning gold.